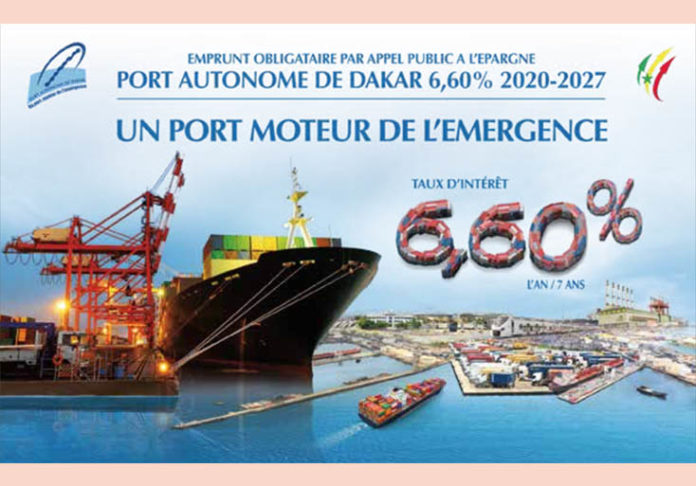 The bets were made on Monday, October 12, 2020, at 6:00 p.m. GMT. At that time, demand had reached CFAF 94 billion, an oversubscription of 157%. For the first time, this was really one for SGI Invictus Capital & Finance.
The loan, the third of its kind for the PAD, benefits, let us remember, from the guarantee of the State of Senegal (letter of comfort), which makes some people say that the commitment of the State of Senegal would have could be saved if the PAD had renewed its investment grade rating (Wara) allowing it to issue without guarantee in accordance with the provisions of the financial market. Scheduled for listing in the two months following its closing, the “PAD 6.60% 2020-2027” was to allow the financing of the deep water port of Ndayane (50 km from Dakar) intended to put the Senegalese capital back in the competition between West African ports.

The success achieved by the Port of Dakar testifies to the potential of the regional financial market for the financing of investment projects. In July, Sonatel had succeeded in borrowing 100 billion CFA francs, using the market, which was the largest bond issue ever launched by a company in the WAEMU space. The BRVM is more than ever a tool for financing the economy.