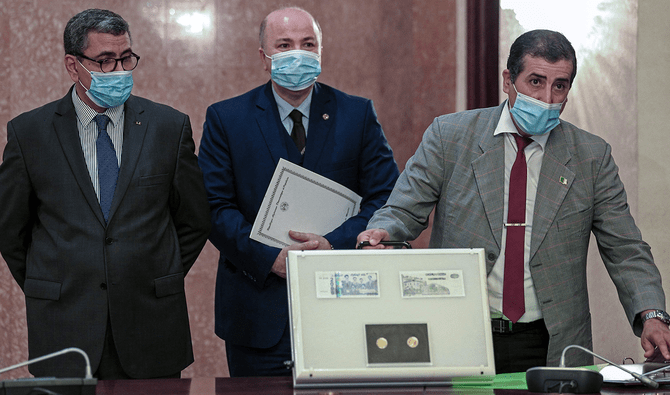 The Central Bank of Algeria has a new governor in the person of Rosthom Fadli who will act as it. The new governor replaces Ayman Ben Abdurrahman, appointed finance minister last June during the last cabinet reshuffle.
The announcement was made by President Abdelmadjid Tebboune, who also ordered the opening of Algerian banks in Europe and Africa to allow expatriates to deposit, transfer funds and boost trade. Rosthom Fadli had previously held the post of Vice-Governor of the Central Bank. The new governor has spent most of his career at the Central Bank of Algeria, notably within one of the most strategic compartments.
This ENA graduate with an option (currency-finance) spent 30 years in the general directorate of international financial relations, before being promoted to director general of this structure from 2006 to 2017, to then become an advisor under the reign by Mohamed Loukal. He would later be appointed vice governor with the arrival of Aymen Ben Abderrahmane. Algeria has been experiencing a liquidity crisis for several weeks, prompting the central bank to take measures, including reducing the reserve requirement rate, bringing it from 6% to 3%.