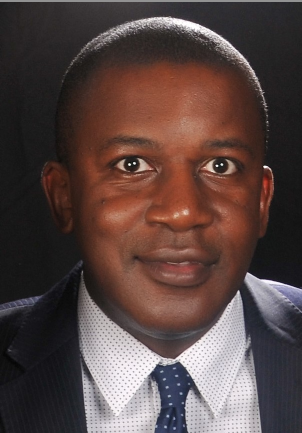 The Ghana Infrastructure Investment Fund (GIIF) is a Ghanaian sovereign wealth fund whose mandate is to mobilize, manage, coordinate and provide financial resources for investment in a diverse portfolio of infrastructure projects in Ghana for national development. At the head of this institution, Solomon Asamoah, answered our questions.

What is the initiative behind the creation of GIIF?

The Ghana Infrastructure Investment Fund (GIIF) is an investment vehicle established with $ 325 million in equity from the Government of Ghana with a mandate to develop, invest and manage infrastructure assets in Ghana for the national development, in a cost-effective and sustainable manner. The creation of GIIF was a bold move by the Ghanaian government to put its money where it is and prove its commitment to infrastructure finance in a way that attracts other private sources of capital by sharing, and therefore mitigating, the risks.

What is unusual for a public entity is that the day-to-day management of GIIF, including investment decisions, is delegated to an entirely private board with a CEO and staff consisting of technical specialists. This means that investment decisions are driven by business and risk considerations, which gives great comfort to private sector investors who are encouraged to co-finance alongside or through the GIIF. The necessary government control is exercised by an advisory committee, chaired by the Minister of Finance with the Governor of the Central Bank and the CEO of the National Planning Commission as members. They meet twice a year to provide strategic direction and ensure alignment with overall Ghanaian government priorities, but do not get involved in individual investment decision making.

The first results of the GIIF have confirmed this in an impressive way. Over the past three and a half years, GIIF has invested US $ 275 million in a portfolio of 12 infrastructure projects in 6 different sectors across Ghana. More importantly, for every $ 1 invested by GIIF from its own funds, it managed to bring in $ 10. This means a planned total investment of $ 2.7 billion in Ghanaian infrastructure projects. This is already a significant return on the initial capital deployed by the government in the GIIF.

Collaborative projects undertaken to date by GIIF include: development of a new terminal at Kotoka International Airport, extension of Takoradi port (new container terminal and improvement of process management), project Western Corridor Fiber (creation of an ultra-modern communication network infrastructure) and a Power plant (which will convert flared gas into electricity) – among others.

Funding is an essential issue for all projects. What are your funding priorities?

After the government’s initial investment of US $ 325 million, they encouraged GIIF to seek future funding from other sources. Given the strength of GIIF’s initial portfolio, it recently obtained approval from the French Development Agency (AFD) for an $ 85 million facility for on-lending to eligible projects in Ghana. This was an important milestone for GIIF as this is its first non-government funding and was carried out without a guarantee from the Ghanaian government and with a very low margin, for a period of 10 years. GIIF is in the market for additional debt financing as it has a very strong pipeline of future projects that include transport, renewables, increasing domestic use of Ghana’s gas supplies, such as clean cooking facilities in rural areas, sustainable affordable housing and students. University accommodation.

What solutions to bridge the infrastructure gap?

The ultimate goal of GIIF is to help ensure that infrastructure becomes a class of investment asset in Africa, as it is elsewhere in the world. This will then unlock important sources of funding from investors such as pension funds and insurance companies. GIIF will help by repackaging our infrastructure assets after the construction phase has passed and steady cash flows achieved, and sell them to pension funds and insurance companies seeking such long-term commitments. The funds raised will then be reinvested in new projects where, once again, the GIIF, with its patient capital and higher risk threshold, can absorb the construction / early risk before packaging and again sell as instruments. from capital markets to the market. And the cycle continues, unlocking pension / insurance funds for safe and risk-free infrastructure assets

What is GIIF’s strategy for strengthening private sector engagement in infrastructure development?

Attracting private sector funds and expertise is a major need. However, there is often a lack of trust or misunderstandings between the parties. Governments often feel suspicious because of the perception of “sophisticated” private investors with their intimidating lawyers ready to take advantage of relatively inexperienced officials. Private sector financiers themselves are wary of governments’ true long-term commitment to their project and of their sovereign ability to change the rules in ways that make their long-term investment suddenly unnecessary. Too often, the result is a dead end and projects don’t end. This is where a well-structured sovereign investment vehicle, like the GIIF, with the ability to issue its own check, can play an extremely important role.

Working with GIIF therefore gives the private sector the best of both worlds. He has a partner who sees the world of investing very similarly to him (risk mitigation, returns and sustainability), but who also has access to the highest levels of government – which is essential to unblock barriers to investment. execution of infrastructure projects. Meanwhile, the government has its own investment vehicle with strong technical skills, a development mandate and the country’s long-term interests at the heart of negotiations with the private sector. A win-win outcome becomes much more likely.

Can Africa really count on infrastructure development to ensure the growth of its economy?

Infrastructure development is an essential engine of Africa’s economic and social progress. It underlines virtually all of the other productivity and growth goals. Regardless of the progress made in other GDP activities, poor infrastructure acts like a “brick wall” that stands in the way of rapid and impactful progress. In addition, poor infrastructure has a negative impact on the quality of life of citizens.

The African Development Bank (AfDB) estimates that more than $ 100 billion in investment per year. for at least 10 consecutive years is needed to close the current infrastructure gaps on the continent. A study by the World Bank shows that poor infrastructure leads to a 2% annual reduction in national economic growth and decreases productivity by up to 40%, contributing hugely to low productivity levels across the continent, despite the Africa’s wealth in natural and mineral resources. Resources. There is no doubt that addressing infrastructure deficits will unleash growth and improve the quality of life for citizens