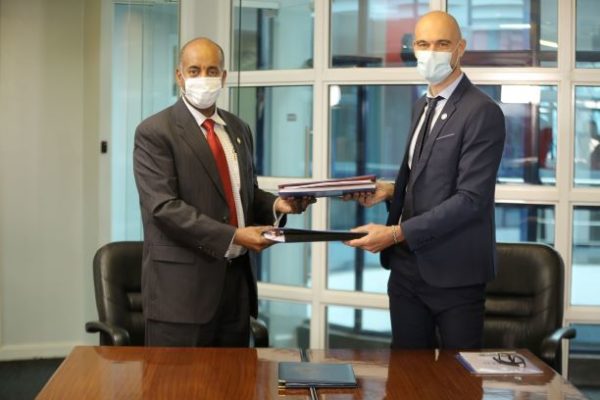 The non-sovereign loan’s objective is to strengthen TDB in its role as a leading regional bank for green finance in the region it serves in Eastern and Southern Africa. The facility will increase the supply of climate finance from TDB, directly contributing to the achievement of the objectives outlined in the nationally determined contributions (NDCs) of TDB member countries in climate change mitigation and adaptation, and in line with Sustainable Development Goals investments and project objectives in the countries where it operates.

Most of the facility (80%) will be dedicated to the financing of eligible climate projects, according to streamlined International Development Finance Club (IDFC) and Multilateral Development Banks (MDB) accorded principles, namely projects that promote efforts to reduce or limit greenhouse gas (GHG) emissions or enhance GHG sequestration, or support adaptation projects and sectoral activities.

The remaining 20% aims to respond with more flexibility to TDB’s long-term resource requirements for project funding activities. It will allow for the funding of projects which are compatible with the 2015 Paris Agreement and contribute to SDGs, in other sectors such as telecommunications, health or education.

This line of credit will be instrumental in increasing and leveraging the supply of green financing over a vast area of the African continent and thus contribute to sustainable economic development and more specifically to: economic growth (industrial development and creation of new sectors); reduction of energy bills; security of energy supply; and job creation at all stages of the value chain. Adaptation-type infrastructure will also contribute to improving the countries’ resilience to climate change.

Likewise, the facility will contribute to the reduction of inequalities – including those spurred on by climate change – by creating direct and indirect employment in the countries benefiting from AFD financing. Local populations will benefit from the short-term jobs created through the projects implemented. Energy projects will also promote access to electricity for populations while reducing beneficiary countries’ dependence on fossil fuels.

“As members of IDFC, both AFD and TDB are working to align financial flows to the climate agenda as well as to SDGs” says Admassu TADESSE, TDB President and Chief Executive. “With now over 70% of our energy portfolio in renewables, our expanding partnership with AFD will enable the Bank to accelerate further its climate change mitigation and adaptation efforts, and give a boost to the global and regional impetus driving low-carbon development in our member states.”

AFD Kenya Country Director, Ghislain de VALON, is echoing this assertion: “TDB and AFD are walking the same path, voluntarily accelerating on Climate Finance for infrastructure in Africa, as the opportunity

truly exists to switch paradigm and reinforce the use of renewable energy and climate change investments in countries that are already following this universal trend. It takes two long-time partners like AFD and TDB to go this bold way, but we are really confident that this funding will enable sound achievements and attainment of SDG related goals”.

The relation between TDB and AFD started 8 years ago, with a technical assistance program launched in 2012, which led to the signing, in 2017, of a first credit agreement amounting to USD 75 million to finance development infrastructure, with a new technical assistance program dedicated to strengthening climate finance and environmental and social assessments, which in turn, allowed for the signing of this new facility.

Established in 1985, the Eastern and Southern African Trade and Development Bank (TDB) is a multilateral, treaty-based, investment-grade development financial institution, with assets of USD 6.7 bn. The Bank’s mandate is to finance and foster trade, regional economic integration and sustainable development through trade finance and project and infrastructure finance. www.tdbgroup.org

The Agence Française de Développement (AFD) Group funds, supports and accelerates the transition to a fairer and more sustainable world. Focusing on climate, biodiversity, peace, education, urban development, health and governance, our teams carry out more than 4,000 projects in France’s overseas departments and territories and another 115 countries. In this way, we contribute to the commitment of France and French people to support the Sustainable Development Goals (SDGs). www.afd.fr/en

The International Development Finance Club (IDFC) is a network of 24 national, regional and bilateral development banks. AFD was one of its founding members in 2011 and has been chairing the organization since October 2017.