Once again, Côte d’Ivoire becomes an African concern on the eve of the presidential elections in October 2020 which, according to several observers of the Ivorian situation, in recent years, recall the horrible situations of 2010 with its lots of errors, injustices and flagrant violations of the constitution, in the eyes of some.

The political balance of power has evolved since the sudden death of President Ouattara’s successor and former Prime Minister the late Amadou Gon Coulibaly. It would seem that only the candidacy of President Ouattara would prevent this clash within the RHDP party, while each side can count on a « private », heavily armed militia, apart from the Ivorian security and defense forces. If among the candidatures declared for this presidential election of October 2020 it is to be noted that of the leader of the PDCI Henry Konan Bédié, we also note that of the former Minister of Foreign Affairs of Ouattara Marcel Amon-Tanoh and that of Albert Mabri Toikeusse, frustrated with President Ouattara’s methods of choice. Other candidates for the presidential movement are expected to be named given the frustration of Ouattara’s former comrades.

Prior to the death of Amadou Gon Coulibaly and the upheaval of the institutional constitutional order, following the resignation of the Vice-President, the incapacity of the Presidents of both chambers, the conditions for free, democratic, inclusive and consensual elections were far from being reunited. For Guillaune Soro, former «  Chief  » of the political wing of the rebellion allied with Ouattara and ex-president of the National Assembly and neo-exile for having dared to recall the terms of Gbagbo’s pre-fall pact and claiming to the President’s succession comes out, the conditions of his condemnation by the Ivorian justice, for acts of embezzlement and misuse of public funds, suggest the intentions of political liquidations of an ally who has become very cumbersome. The political dimension of Soro’s conviction has not escaped the attention of Ivorians, who have witnessed his rise to power over the past two decades. His conviction can be seen as the latest chapter in a power struggle that has started to unfold since President Alassane Ouattara was reelected in October 2015.

His arrest warrant was made public after everyone knew he was in Europe, giving him a compelling reason not to return to his country. Former President Henry Konan Bédié, 86 years old, leader of the PDCI and former member of the presidential movement the RHDP created to consolidate the alliance between Ouattara, Bédié, Soro and others, quickly distanced himself from power when he became clear to him that President Ouattara would do everything to prevent him from coming back to power. His departure from the presidential sphere resulted in a weakening of the party when some of its most recognized cadres responded to Alassane Ouattara’s ’’ sleepy ’promises. Daniel Kablan Duncan, former Vice-President of the Republic and Marcel Amon-Tanoh, former Minister of Foreign Affairs, are the best known and quickly became disillusioned during the enthronement of Amadou Gon Coulibaly under conditions that they denounced as being undemocratic.

On Thursday July 30, 2020, between 2 p.m. and 3 p.m., President Ouattara summoned all the general officers of the Police, Gendarmerie and Army to pass his commands to them. Right off the bat, he told them he would be running for a third term. President Ouattara ended by saying that he counted on them and their support. This choice was the starting point of a sly battle to force the President to reconsider his choice.

The Ivorian political microcosm which has been plunged into an unprecedented situation since July 8, 2020, the date of the death of the Prime Minister and candidate for power, stirs up the inclinations of a forced passage, premeditated by the presidential camp, which holds against all odds , to bring outgoing President Alassane Ouattara in the presidential race next October, despite the latter’s ineligibility, which is all the more so at the end of his mandate. According to exclusive information obtained by a source familiar with activities in the sub-region, Emmanuel Macron and his cabinet do not want to hear a third term from President OUATTARA at all. « Paris does not approve a candidacy for a third term of President Ouattara » Ditto for Washington which follows very closely the evolution of the political situation of the Ivory Coast. According to exclusive information authorized on the eve of his trip to the Malian capital, where he was participating, alongside four Heads of State of the sub-region, to save Ibrahim Boubacar KEÏTA, the President of Ghana, Ado Akuffo Nana, a received a message from the White House, via an American envoy, to dissuade Alassane Ouattara from running for a third term.

According to our same sources of information, before leaving for Bamako, the President of Ghana had a meeting with an American envoy on Tuesday (July 21st). Indeed, a fringe of executives headed by the executive director of RHDP Adama Bictogo, who in reality only executes the plan concocted by his mentor, Alassane Ouattara, constantly calls on executives and activists to align themselves to invest Ouattara as a candidate, in defiance of article 183 which makes this candidacy unconstitutional. In addition, Tuesday July 21, 2020, at the headquarters of the National Assembly from 4 p.m. to 9 p.m., a meeting of the RHDP parliamentary group was held, which turned out to be very heated. The first block estimated that the candidacy of outgoing President Alassane Ouattara, notwithstanding the fact that the latter was at the end of his mandate, remained the one and only alternative for the conservation of power in 3 months.

Apart from him, neither Hamed Bakayoko, the current Prime Minister and Minister of Defense who displays his ambitions but whose political rise is deemed «  troubled  » by his brothers, let alone Patrick Achi, Secretary General for presidency, apparatchik without a political base, cannot lead the presidential movement to final victory. This bloc argues even if the candidacy of President Ouattara is unconstitutional, the deputies of this fringe of executives, they believe that this is the best plan to get out of it. “If Ouattara is not a candidate, it is all of us who will go to jail or exile. The elements of the other bloc refute the idea by pointing out the political risks that a forcing for a third term will hang on national cohesion in Côte d’Ivoire.

When President Alassane Ouattara came to power in 2011, at the cost of chaotic, non-transparent elections marked by the seal of flagrant outside interference, executions of civilians and soldiers in circumstances not yet clarified, of referral to the International tribunal of some, the international community acquiesced and the ECOWAS authorities let it go. The justice of the victors has sanctioned some and promoted others according to their devotion to the new Master, President Ouattara. On the basis of promises and freebies the President set about creating a new breed of politicians born of arrangements, compromises and above all unhealthy political practices. In view of the Ivorian presidential election of 2015, the coalition parties officially support a single candidacy of Alassane Ouattara for a second term under the RHDP banner.

In 2018, the RDR and the UDPCI announced the transformation of the RHDP into a political party, but without the other members of the coalition approving it. A series of resignations from the RDR-RHDP drew attention following constitutional changes that pointed the way the President would follow. Cohesion reigned there and that made the RHDP a powerful political force. Very serious reports point to President Ouattara’s failing health condition and even that he is physically unable to complete a hypothetical third term.

And this is the main reason for the fratricidal fights within the RHDP to better position itself in the event of a power vacuum in Abidjan. On the side of the opposition reduced to its simplest impression, it will try with the PDCI candidate Henry Konan Bédie and certainly the state candidate of the FPI, Affi Nguessian to entertain the gallery because, if we are to believe, the candidate- Outgoing president will create all the conditions to win in the first round and impose a balance of power with the populations, hence his last decision to receive all the heads of the FSD, as well as judges and magistrates to better prepare for the breach. The fact remains that these important figures in Ivorian politics of recent decades will not be brutally sent into political retirement by Alassane Ouattara without shedding their last cards.

President Alassane Ouattara decided on August 6, 2020, contrary to his promise to pass the torch to the younger generation and to the constitutional provisions which would prevent him, according to some, from presenting his candidacy for a third term. He invoked the impossibility of finding in the allotted time a consensual candidate able to lead the RHDP to the presidential elections of October 2020. However, it would be good to recall that the choice relates to the person of the late Prime Minister Amadou Gon Coulibaly n ‘was not consensual, hence the resignations of important party figures and the latent war that followed between the Pro-Gon and the Pro-Bakayoko. Now that Gon is gone, only Ahmed Bakayoko remained, the all-powerful Minister of Defense and current Prime Minister to whom many observers and Ivorians blame the scandals and crimes of a mafia nature in which his name was allegedly involved and , Patrick Achi, a defector from the PDCI who for lack of a solid base within the party, bides his time and is aware of being able to offer a credible and consensual alternative to succession, if he was offered the means.

To ease the atmosphere, they advise him to release and pardon detainees of conscience, to allow the return of political exiles like Laurent Gbagbo, who has asked to return. The seeds of a new socio-political conflict are noticeable for those who take the time to listen to the beating heart of the country. The policy of reconciliation has not succeeded. Guillaume Soro, presented as heir in 2011, left Ouattara in 2019 and is in exile in Paris, accused of having prepared an insurrection.

At the end of 2018, former President Henri Konan Bédié also broke the government alliance. An anti-Ouattara front is emerging, the French-speaking media and urban music artists are highlighting their promises of respect for the constitution. With the backing of local elected officials, Ouattara nevertheless decided to go through the needle of a needle to get elected in the first round. His spokespersons will campaign on the constitutionality of the third term, his emotional bond with his people, his record.

« The Ivorian conflict is artificial, » believes one of the RHDP barons. « Blindness of power-worn leaders into thinking Teen’s re-election will go like a letter in the mail?”Ouattara is going to have to suppress heavily and may end up in the costume of Idi Amin Dada. » 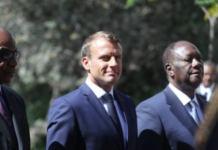 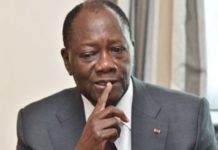 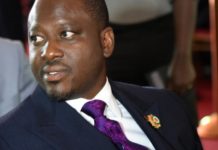 Ivory Coast: « Soro Guillaume will resign in February » according to Alassane Ouattara 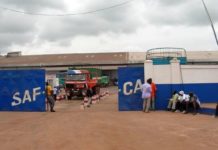 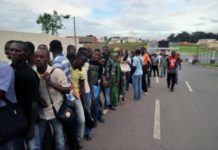 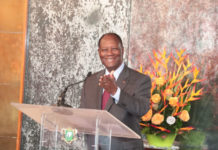 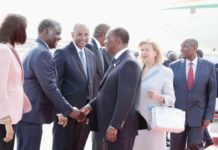 Ivory Coast: Alassane Ouattara returns from the summit of China-Africa with a « check » record