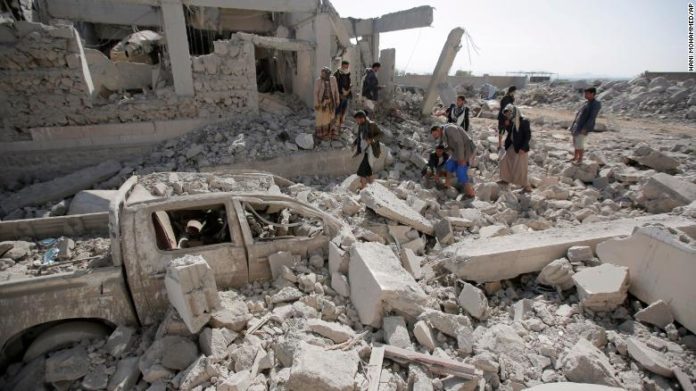 In the beginning ,  Houthi forces currently control the capital Sanaʽa and allied with forces loyal to the former president Ali Abdullah Saleh, have clashed with the forces loyal to Hadi who are based in Aden. Al-Qaeda in the Arabian Peninsula (AQAP) and the Islamic State of Iraq and the Levant have also carried out attacks, with AQAP controlling swathes of territory in the hinterlands, and along stretches of the coast [1].

This situation had devastating humanitarian consequences, causing the displacement of more than a million people internally, outbreaks of disease, lack of medicines and threats of starvation. The United Nations has described the humanitarian crisis in Yemen as « the worst in the world. »

Since the beginning of the conflict in 2015, Yemen is also facing a grave humanitarian crisis with nearly 16 million people starved of basic food, water and essential medical healthcare due to the naval blockade imposed by Saudi Arabia on Yemeni ports. Approximately, 1 million Yemenis have already suffered from a Cholera outbreak while, the flow of arms and ammunition continue to worsen the tragedy with the country now being virtually torn apart by rival groups, militias and terror groups [2].

Saudi and Emarati intervention in Yemen, Iranian support for the Houthis, and the indirect intervention of other external powers,  make the conflict a proxy war.

On March 2015, a Coalition of states led by Saudi Arabia and the United Arab Emirates intervened at the request of President of Yemen Abdo Rabbu Mansour Hadi, with the aim of restoring the internationally recognized government to power. He was forced to flee the country by Houthi rebels

Since the military intervention in Yemen, the coalition has not achieved any of its stated goals, because the coalition failed to maintain its cohesion, as a result of the conflit between Saudia Arabia et qatar within the Gulf Cooperation Council in June 2017, when Saudi Arabia suspended Qatar’s participation in the process [3],  In addition, some other countries withdrew from the military alliance.

Moreover, the military intervention of the Emirates in Aden revealed a difference of interests between the Kingdom of Saudi Arabia and the Emirates that support the establishment of the Southern Transitional Council , limiting the access of the legitimate government there.

The war within in Yemen caused the chaos , where it have inflamed longstanding Yemeni rivalries and power struggles.   As a result, the country is divided into four areas:

– The legitimate government’s  National Army  , with the support of the Arab coalition,  controls the Ma’rib Governorate and most of the southeastern governorates and parts of the southwestern Taiz Governorate.

– The Houthis controls Sana’a and the northern governorates (including Al-Jawf along the Saudi border) and the rest of Taiz.

– The Southern Transitional Council controls the temporary capital, Aden, and the neighboring governorates, Lahj and Dali, with the support of the Emarates.

– The fourth force is the national resistance, Tariq Saleh, whose influence extends across western Yemen between Mukha and Hodeidah.

At the same time, the leaders of those groups are based in neighboring countries. Aidarous al-Zubaidi, who heads the Southern Transitional Council, lives in Abu Dhabi, while President Hadi is in Saudi Arabia [4].

Yemen faces the largest political and humanitarian crisis due to the growing internal divisions, civil war and military intervention led by the Kingdom of Saudi Arabia to counter the expansion of the Houthis.

Despite multiple attempts by the United Nations to broker a ceasefire that would lead to a comprehensive settlement of the conflict, the parties themselves continue to impede diplomatic progress. So , the war torned the yemen that know a big tragedy , expansion of terrorist groups ,  the chaos and conflict are  to get bloodier in months and years ahead.

In the end, new borders will be drawn, new seeds of conflict  and  the political process will complicate So, we expect  international efforts to end the conflict even more difficult  and the peace will be delayed if the proxy war between Saudi Arabia and Iran does not stop. The crisis may soon worsen badly if the COVID-19 pandemic hits Yemen hard. It could displace more than a million people. 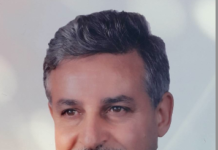 The Proxy War in Libya and the international community failed