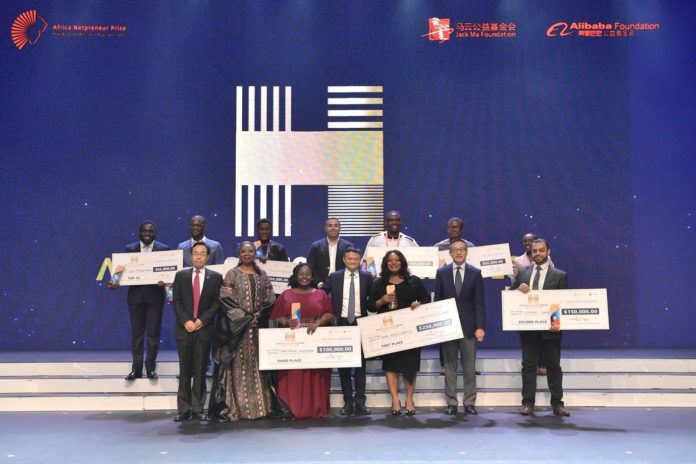 The Jack Ma Foundation announced today it has officially launched the second edition of the “Africa’s Business Heroes” (ABH) prize competition with applications now open to African entrepreneurs from all 54 African countries, as well as every sector, age group, and gender. Applications will also now be available in both French and English.

The ABH prize competition and show is organized by the Africa Netpreneur Prize Initiative (ANPI), the Jack Ma Foundation’s flagship philanthropic program in Africa. ABH made its debut last year, and aims to identify, support and inspire the next generation of African entrepreneurs who are making a difference in their local communities, working to solve the most pressing problems, and building a more sustainable and inclusive economy for the future.

Every year, ten finalists will be selected to compete in a finale pitch competition show that will be broadcast online and across the continent. At this year’s grand finale, all ten finalists will share a prize pool of US$1.5 million, up from $1 million last year, as well as gain access to the ANPI community of business leaders to leverage the community’s shared expertise, best practice, training and resources.

“It was an incredible honor to be named Africa’s Business Hero last year. The Prize enabled me to expand to multiple states in Nigeria and become a truly pan-Nigerian business, and I was truly inspired by my experience and by all my fellow winners. I am looking forward to serving as an Ambassador for this year’s prize and to seeing the next group of entrepreneurs come forward to showcase the best of Africa’s entrepreneurial spirit and strength,” said Temie Giwa-Tubosun, founder and CEO, LifeBank.

“We find ourselves in unprecedented and extraordinary times. Now, more than ever, we need entrepreneurs with courage, initiative, and vision to do what they do best – solve problems for society. With this prize competition, we are looking to inspire and reward African business heroes in all sectors and encourage any aspiring applicants to seize this opportunity to break through barriers and create hope for the future,” said Jason Pau, Senior Advisor for International Programs, Jack Ma Foundation.

Global leaders Graca Machel, Chair of the Graca Machel Trust Board and Ban Ki-moon, Former UN Secretary- General and Co-chair of the Ban Ki-moon Centre for Global Citizens serve on the ANPI advisory board. Over a ten-year period, the ANPI will recognize 100 African entrepreneurs and commit to allocating US$100 million in grant funding, training programs, and support for the broad African entrepreneurial ecosystem.

This year, ANPI will work with a select group of Anchor Partners, including Ashesi, Dalberg, Janngo and RiseUp to identify and support African entrepreneurs. ANPI will also partner with Pulse.Africa to highlight stories of African entrepreneur heroes. More partners will be announced in due course. In addition, Anita Erskine, UN SDG Advocate and Founder of the STEM Woman Project, joins ANPI to serve as the official host of “Africa’s Business Heroes” program and Brand Ambassador. Her advocacy for social good reflects the boldness, creativity and strength that the Prize will be looking for in their entrepreneur heroes.

Applications will be open online from April 6th to June 9th 2020 with semi-finalists announced in August, and the top ten finalists for 2020 unveiled in September. To apply and for more information about ANPI, please visit: africabusinessheroes.org and follow @africa_heroes on Twitter.

The ANPI is the flagship philanthropic initiative spearheaded by the Jack Ma Foundation aimed at supporting and inspiring the next generation of African entrepreneurs across all sectors, who are building a more sustainable and inclusive economy for the future of the continent. Over a ten-year period, ANPI will recognize 100 African entrepreneurs and commit to allocating US$100 million in grant funding, training programs, and support for the development of an entrepreneurial ecosystem. The ANPI organizes the “Africa’s Business Heroes” prize competition and show, in which ten finalists have the opportunity to pitch their business to win a share of $1.5 million in grant money. Jack Ma, Founder of Alibaba Group and the Jack Ma Foundation, first created the prize after he made his first trip to Africa in July 2017 and was inspired by the energy and entrepreneurial potential of the young people he met with.

Established by Jack Ma, the founder of Alibaba Group, the Jack Ma Foundation was founded on 15 December 2014 and has been focusing on education, entrepreneurship, women’s leadership, and the environment. The Foundation aspires to be a reliable, participative, and sustainable philanthropic organisation. The Jack Ma Foundation has so far supported projects worldwide including the Jack Ma Rural Education Program, the Africa Netpreneur Prize Initiative, the Ma & Morley Scholarship Program, and Jordan’s Queen Rania Foundation. Additionally, the Foundation has also funded a number of projects in its priority areas. The Jack Ma Foundation is committed to empowering rural educators, entrepreneurs, rural children, young start-ups, and women to equip them for the future and to help build a happier, healthier, more sustainable and more inclusive society.