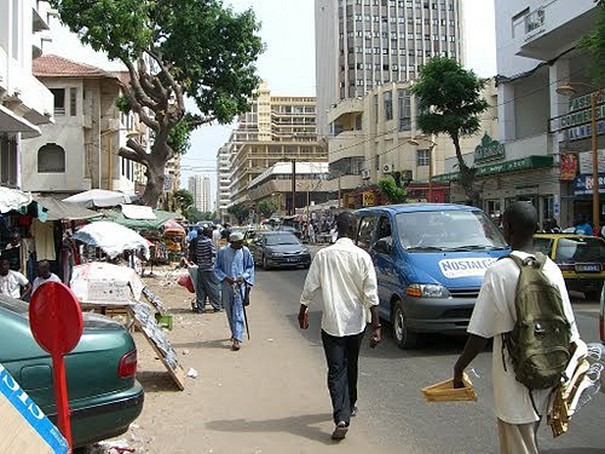 The business climate in Senegal improved slightly by 1.1 points at the end of the third quarter of 2019 to the second quarter of 2019, according to the opinion poll carried out during this period by the Direction of the forecast and the economic studies (DPEE ).

The synthetic indicator of this business climate, calculated by the DPEE, based on balances of opinion of business leaders, stood at 99.9 points against 98.8 points in the second quarter of 2019. According to the DPEE, “this situation reflects the favorable orientations of the opinions of building and public works contractors (BTP), services and trade”.

In the construction sub-sector, the most cited constraints by the entrepreneurs surveyed are difficulties in debt collection (78%), difficult access to land (50%), allegedly unfair competition (44%), taxation (39%), difficult access to credit (33%) and insufficient demand (33%). “Nevertheless,” says DPEE, the business climate improved by 1.8 percentage points in the sub-sector between the second and third quarters of 2019, in line with the good guidance of the opinion balances related to the activity. general and private orders “. Respondents’ optimism about business prospects and public orders also contributed to the improvement of the sub-sector indicator.

In the industry, the supposedly unfair competition (26%), the difficult supply of raw materials (25%), the difficulties of debt recovery (23%) and the insufficient demand (15%) constituted the main constraints to activity in the third quarter of 2019, according to industry. Overall, the business climate deteriorated by 0.6 percentage points in the sub-sector, on a quarterly basis, as a result of negative guidance from opinion balances on orders and production. In terms of finished goods inventories, the balance of opinion remained stable over the period, above average.

At the service level, the majority of interviewees interviewed mentioned the difficulties of debt recovery (61%), unfair competition (58%), taxation (26%) and insufficient demand (23%) as the main impediments to business development during the third quarter of 2019. However, the business climate improved by 1.4 percentage points in the sub-sector, quarterly, in line with the favorable trends in balances. opinion of service providers on turnover, orders and tariffs.

In the commercial subsector, the DPEE reports that the difficulties of debt collection (64%), the supposedly unfair competition (40%), the difficult supply (38%) in goods, the taxation (33%) and the insufficient demand (32%) are mainly cited as constraints on business activity in the third quarter of 2019. However, the business climate improved by 2.9 percentage points in the sub-sector on a quarterly basis, thanks to the consolidation of opinion balances relating to the level of inventories of finished products and turnover. Respondents’ optimism about the outlook for sales and inventories of finished products also contributed to the good orientation of the sub-sector indicator.

On an annual basis, the business sentiment indicator strengthened by 0.5 point, from 99.5 points in the third quarter of 2018 to 99.9 points a year later.