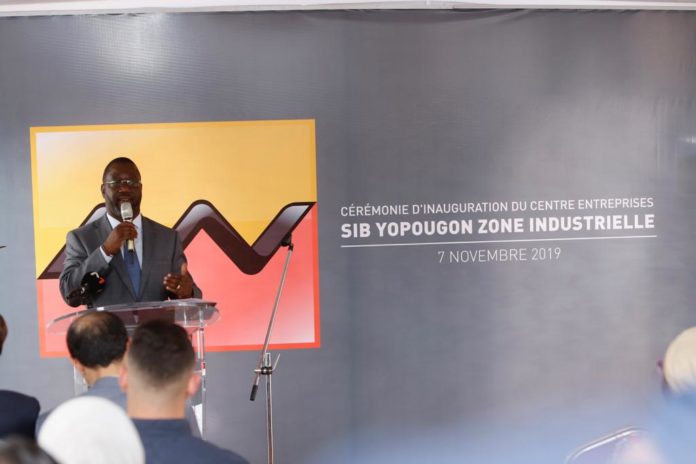 The first Business Center of the Ivorian Bank Corporation (SIB) opened its doors at the Industrial Zone of Yopougon, the largest municipality in Abidjan.

An infrastructure equipped with a fully automated banking service (LSB) that allows customers to perform themselves, in a completely autonomous way, certain operations such as cash payments, check deposits etc … This is the new offer from the Ivorian Bank Corporation (SIB). Indeed, as part of the implementation of its strategic plan called IMPACT 2023, the SIB decided it remembers the establishment of Centers to facilitate the operations of its corporate clients. And the deployment of this vast program for SMEs with the official opening of the First Business Center of the SIB in Abidjan. Located in the heart of the Yopougon Industrial Zone, the first ultramodern SIB Business Center was inaugurated on November 7, 2019, by MM. Youssouf OUATTARA, General Manager of the Industrial Infrastructure Management and Development Agency (AGEDI) and Mr Daouda COULIBALY, General Manager of SIB. According to him, the idea behind the creation of these Business Centers was motivated by the bank’s desire to offer companies a new value proposition, more adapted to supporting their growth. “Our corporate centers also represent a point of decentralized management of the needs of customers and prospects related to the specialized professions of the bank: leasing, cash management, confirming, market activities etc …” also explained the DG of the SIB. And this deployment program will continue in the next few days since after the stage of Yopougon. Indeed, Bakary Yeo, SIB Director of Enterprise Operations has announced

the very forthcoming inauguration of a second Enterprise Center at the Plateau, in the premises of the SIB’s Business Development Department, and the opening of two (2) additional Business Centers in the course of 2020 These Centers Centers which bring together in a single space all trades involved in the processing of customer requests companies “to provide increased responsiveness, greater speed and more effective monitoring”.

It should be noted that SIB, a subsidiary of the Attijariwafa bank group since 2009, covers the Ivorian territory with 64 branches. 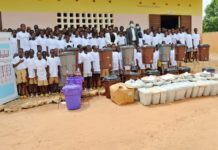 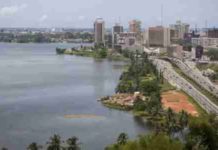 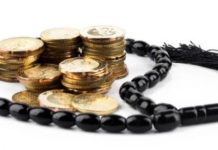