Airtel Africa’s second largest market, East Africa accounts for 35.81% of the company’s revenues for the fiscal year ended March 31, 2019, for a total of US $ 1.102 billion generated by 43 million customers.

It should be noted that the establishment of this new management based in Nairobi comes a few weeks after the company’s listing on the London Stock Exchange and that of Lagos in Nigeria, the first market operator in 14 countries in sub-Saharan Africa . 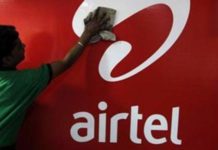