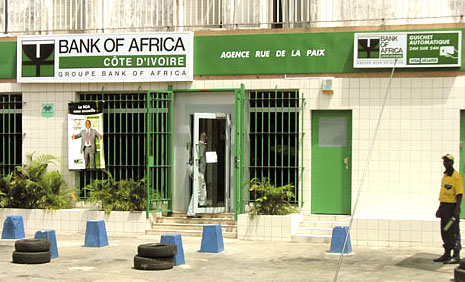 The management indicators of Bank Of Africa (BOA) Côte d’Ivoire, a subsidiary of the banking group of the same name, deteriorated at the end of the first quarter of 2019 compared to the same period of 2018, announced the leaders of this establishment bank based in Abidjan.

Net banking income (NBI) thus decreased by 3.12% from CFAF 8.212 billion at 31 March 2018 to CFAF 7.956 billion at March 31, 2019. According to the leaders of the BOA Côte d’Ivoire, this evolution This is mainly attributable to the decline in interest income earned on the securities portfolio, as the bank opted to reduce the size of the bonds and bonds.

As for operating expenses, they increased by 8.1% due to the expansion of the agency network of BOA Côte d’Ivoire. This impacted the gross operating income, which contracted by 15.10%, with an increase from 3.333 billion FCFA at 31 March 2018 to 2.846 billion FCFA a year later.