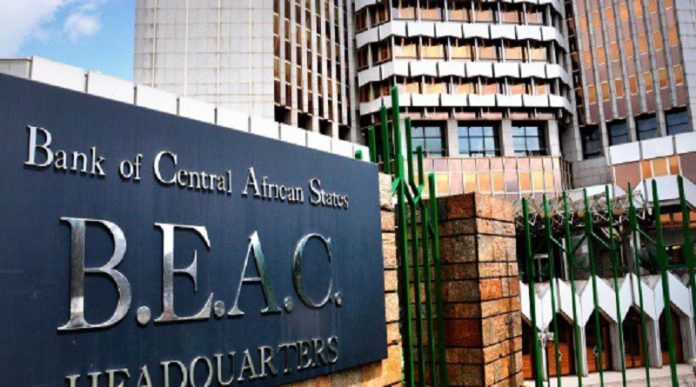 A high-level meeting on the launch of the awareness campaign and popularization of the new exchange regulations was held on July 4 in Douala, in the boardroom of the BEAC agency.

Chaired by Mr. Cesar Augusto MBA ABOGO, President of the UMAC Ministerial Committee, this meeting was attended by the President of the CEMAC Commission, the Governor of the BEAC, the members of the BEAC Government and their representatives. main collaborators, employers ‘leaders of CEMAC countries, consular chambers, professional associations of credit institutions, professional associations, microfinance institutions, oil tankers’ unions, mining unions, industrial unions, unions of importers, major oil companies, mining companies and bureaux de change. Also present was the resident representative of the International Monetary Fund for Cameroon and Gabon.

This meeting took place in a context marked by the entry into force, since 1 March 2019, of the new exchange regulations adopted by the Ministerial Committee on December 21, 2018. The economic agents present expressed their various misunderstandings and concerns about the implementation of this new text. To this end, several issues have been addressed. These include (i) the processing of transfer requests submitted by credit institutions by the Central Bank; (ii) difficulties in accessing foreign exchange in the manual currency exchange market; (iii) the application of certain provisions of the Regulation such as the domiciliation of exports in certain CEMAC countries; (iv) the difficulties related to the operation of sending funds quickly (v) the communication on the new exchange regulations.

Concerning what is perceived by the economic agents as a rationing of the currencies and abusive rejections of the transfer requests, the BEAC assured the participants of the availability of the currencies by presenting the evolution of its foreign exchange reserves which cover more than three months imports for the whole Zone. The banks’ concern lies in the Central Bank’s rejection of compliant transfer requests from commercial banks on the grounds that they hold external assets that can cover these claims. These banks were often asked to pay for these transfers by drawing on the external assets they held. In an effort to ease the execution of operations, the Governor of BEAC announced that the Central Bank will now execute the transfer operations without first requiring the depletion of the external assets of credit institutions. On the other hand, banks will have to make sure that they no longer hold unjustified external assets, on pain of sanction.

As regards the difficulties of access to foreign banknotes in the context of manual exchange, the Central Bank has indicated that this problem stems from the speculation practices of economic agents who anticipate a probable monetary adjustment and by those wanting to increase their margins. beneficiaries by creating artificial shortages. Indeed, all requests for the purchase of foreign tickets submitted to BEAC have so far been systematically accepted. Some banks even imported foreign notes without authorization and were sanctioned. The BEAC reminded that foreign banknotes can only be provided to economic agents by banks for reasons of travel in compliance with foreign exchange regulations and that relating to the fight against money laundering and the financing of terrorism .

With regard to the difficulties in applying certain provisions of the new Regulations, representatives of the oil, mining and other exporting sectors expressed their concerns about the possibility of continuing to hold foreign currency accounts in CEMAC and the CEMAC. foreign. They mentioned the proximity of the deadline for compliance and expressed their wish to be better understood by the Central Bank, particularly because of the specificity of certain sectors (oil, mining, agricultural). The Governor, while recalling the regulatory obligation for economic agents to repatriate foreign exchange from their transactions with the outside world, noted the availability of the Central Bank to organize further meetings with these economic agents, with a view to clarifying the shadow points of the new Regulation and consider lighter implementation measures.

On the question of the difficulties that banks face in carrying out the fast sending of funds through the Western Union, Money Gram, Ria, etc. networks, banks have talked about the different scenarios that limit these operations. In addition to the internal procedures governing these operations, it appeared that the main problem lies in the constraints of covering the balances of compensation, often debtors because the countries of the CEMAC are essentially senders of funds abroad. To address this concern, the BEAC indicated that the implementation of the new provisions will ensure the coverage of these operations from current needs (30% of foreign exchange earnings that banks are allowed to keep). However, in order to reduce the current situation resulting from previous transactions and to return to sound bases, « the Central Bank announced that it would make available the foreign exchange to cover the justified debit balances of the CEMAC banks with their foreign correspondents.

Regarding the intensification of the communication on the new regulation desired by the participants, it was stated that the high-level meeting under the chairmanship of the Chairman of the UMAC Ministerial Committee was the first step in a broad the Central Bank intends to carry out in collaboration with the CEMAC Commission. During the meeting, the IMF Representative noted that the new exchange regulations are relatively more flexible than those in other countries or regions around the world. In particular, he indicated that the Fund does not consider this text as a restrictive device and supports the efforts undertaken for its implementation, the first positive results of which are visible. However, he invited all stakeholders to more exchanges and the establishment of acceptable application modalities for all and to strengthen communication on this text.

In general, both the Chairman of the UMAC Ministerial Committee, the President of the CEMAC Commission and the Governor of the BEAC have welcomed the efforts made by both parties since the adoption of the new regulation. . The positive results already recorded, notably the recovery of CEMAC’s external accounts, were welcomed. The participants thus agreed on the need for a formal exchange and dialogue framework to overcome misunderstandings related to the implementation of the new regulation.

In the end, the Central Bank, taking into account the solicitations of the economic agents, undertook to implement the four following measures in order to bring more flexibility in the implementation of the exchange regulations:

(i) processing requests for transfers from economic agents regardless of the external situation of the Bank,

(ii) inform the economic agents directly of the fate of their transfer requests,

This high-level meeting was held in an atmosphere of cordiality and mutual understanding. It was marked by frank and constructive exchanges between the various participants and by a unanimous commitment to respect all the provisions of the exchange regulations. in the CEMAC. 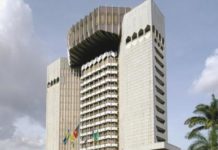 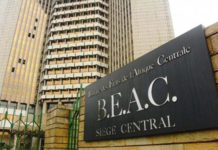 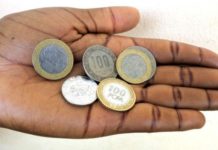 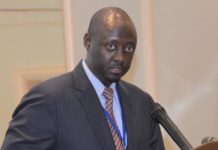 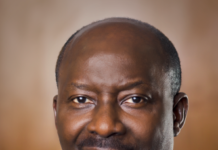