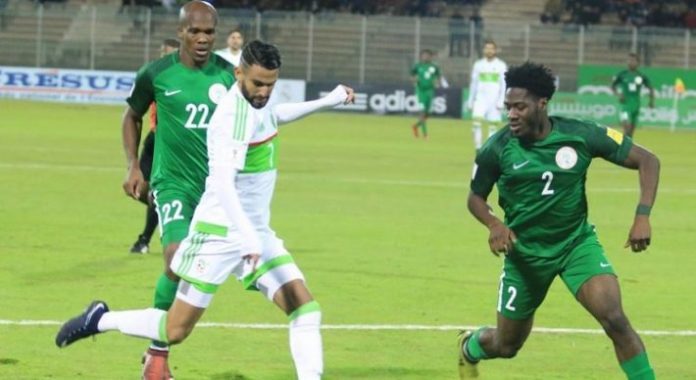 Algeria and Nigeria will have to decide this Sunday during a shock football match between two teams with different playing styles. Without dwelling on the sporting prognosis, one can engage in an economic comparison between the West African democracy and the Maghreb dirigisme.

With 177 million inhabitants and only two thirds of the GDP of ECOWAS, or 375 billion dollars, Nigeria is the first African economy. Algeria has a GDP of 175 billion dollars but has better ratios than its rival with whom it shares the characteristic of holding huge gas resources.

In fact, per capita GDP in purchasing power parity was $ 15,200 in 2017 in Algeria against $ 2,400 in Nigeria. The West African giant has not industrialized, employing 70% of its workforce in the agricultural sector, which represents 35% of its GDP against about 15% for Algeria.

The giant Petra-gas Sonatrach has many similarities, including in scandals, with the Nigerian NNPC which, it must be said, beats all records of malpractices.

The first had a turnover of 39 billion dollars in 2018. The second wielded a net profit of 250 billion naira or $ 700 million profit in 2016. Both meet the definition of legal personality politically exposed.

The two countries remain dependent on oil, Nigeria a little more. Because, Algeria, very little indebted, manages better its resources thanks to a policy of proactive placement of the liquidities drawn from the oil manna. It is not only differences between these countries that maintain the myth of the trans-Saharan, true sea serpent to connect the two capitals.

Both in Abuja and Algiers, we are on the same wavelength in terms of nationalism or economic patriotism. The rule of 51/49% adopted by the Maghreb giant expresses this desire to preserve the economy and create a national bourgeoisie. Nigeria has manufactured Dangote and Emelelu in the shadow of the market. Algeria has produced Issad Rebrab today dragged to court. Billionaires in dollars live better beneath the skies of Nigeria, an unequal country where basic services are combined with shortages of all kinds. Algeria redistributes better the oil windfall with basic social services of superior quality.

Abuja, however, seems to have been more successful in its turn towards the market in the image of its stock market (NSE) which exceeds that of Algiers by its capitalization and its dynamism.

The strength (weakness too?) Of both lies in a sovereign but non-convertible currency, often supported by the central bank and sometimes devalued by the central bank. The Algerian Dinar (DZD) was depreciated by 1,558% between 1986 and 2002. If in 1973, two nairas were enough to get a dollar, it took 160 in 2012. Since the situation of the two currencies remained unchanged, regularly abused compared to major currencies.

But no matter, the national pride is well worth a Naira and a Dinar. The Fennecs and Super Eagles tell us the opposite.