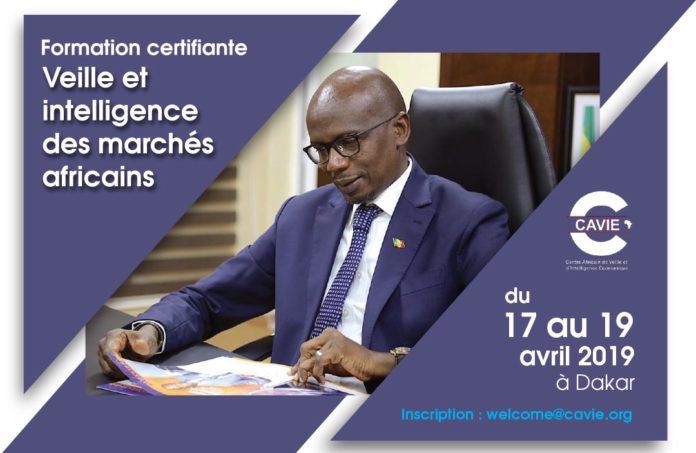 Financial Afrik: A few weeks after the re-election of President Macky SALL, Senegal hosts the High Mass of African Economic Intelligence. A mere coincidence or a chance of timing?

Chance of calendar yes, but happy coincidence of the dates His Excellency the President Macky SALL engaged since 2012 a voluntarist policy of structural transformation of the Senegalese economy. This “mass” is precisely an opportunity to lay the foundations that will accompany this process.

Financial Afrik: Who do you expect at the General States of Economic Intelligence (EGIEA) and why it is an essential meeting for the Senegalese companies?

This meeting is important not only for Senegalese companies but for all African companies in general. What we expect from these States General is essentially an awareness by all stakeholders of the importance of economic intelligence. The continent can not ‘live in isolation’. In order to comply with globalization and take advantage of northern markets, African companies must integrate the tools and actions of economic intelligence into their approaches. The goal is to acquire an absorptive capacity that resides in their ability to identify, assimilate and exploit knowledge from their environment. This absorptive capacity can highlight the existence of a new need and thus ensures the existence of a market for future innovation. Economic intelligence promotes the success of an innovation process by developing inter-firm networks for the production of new resources on which they should position themselves

This policy must, however, be accompanied by a strong political will of the African States coupled with a continent-wide comprehensive approach to deliver the expected results.

What contribution can economic intelligence make to the success of the Emerging Senegal Plan (PSE)?

Senegal has decided to adopt a new development model to accelerate its progress towards emergence. This strategy, known as Plan Sénégal Émergent (PSE), is the benchmark for economic and social policy in the medium and long term.

The ambition of the State of Senegal is to promote economic growth with a high impact on human development. To do this, it will consolidate the gains, particularly in the area of ​​democratic governance, and refocus priorities in order to ensure sustainable economic, political and social stability. The achievement of this ambition is based on the implementation of a major investment program in buoyant sectors, capable of stimulating a strong and sustained growth dynamic.

Scientific, technical, technological and techno-economic data are constantly evolving. The mechanisms needed to monitor trends, identify clues for change, identify possible synergies, anticipate to accompany the PES, whose implementation will accelerate with the second mandate of President Macky SALL. It is at this level that the contribution of economic intelligence is placed in the context of PES operationalization. The training and certification of Senegalese experts will be a significant asset in this dynamic.

Financial Afrik: VIMA III arrives in Dakar after Ouagadougou, Paris, Douala, Tunis and Yaounde, with more than a hundred certified executives to their credit. Why this intensive training is essential for companies in Senegal?

Africa will only succeed if our companies engage in a process of developing their driving forces, which move towards the control of information that could contribute to the success of an innovation. The integration of an economic intelligence system within them will ensure the existence of a market for future innovation in the context of globalization that requires the establishment of an information system effective in understanding the current constraints of the global environment. The certification of African executives is an excellent lever to support African companies and institutions in their upgrade process concerning the implementation of a global strategy of economic intelligence.

Economic intelligence: the promotion Thomas Sankara goes down in the arena