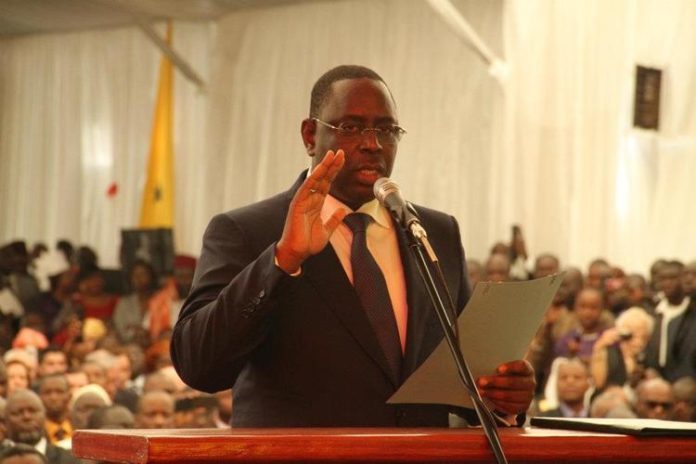 Senegal’s President Macky Sall was sworn in on April 2, 2019 for a second term full of political and economic issues. The consolidation of the rule of law through the reaffirmation of the roles of the three powers (the executive, the judiciary and the legislature) has certainly been the guiding principle of the country since its independence.

But the second term of the re-elected president with 58.27% of the votes will have to be the occasion of big investments. The President of the Republic announced the launch of a vast program of construction of 100,000 housing units over five years to enable Senegalese to have “decent housing at an affordable cost”. Macky Sall is committed to a clean Senegal rid of urban anarchy and the occupation of public space.

The quinquennium started will also be major macroeconomic reforms to reduce the lifestyle of the state in accordance with the expectations of financial and technical partners including the IMF. More would be needed for Senegal to maintain its ability to mobilize resources internationally.

Not counting on using the WAMU-Securities window in 2019, Dakar is certainly considering an exit on the bond compartment of the BRVM and, especially, a new Eurobond. This last scenario depends on a certain number of external indicators (international interest rate, FED policy) but especially macroeconomic policy assessments by the IMF, rating agencies and investors in general. . The reduction in the lifestyle of the state is part of the standard criteria required of bond issuers.

The rationalization of the wage bill of the State requires a restructuring of some specialized agencies. The Priority Investment Guarantee Fund (Fongip), the Fonsis Sovereign Fund, the SME Agency (Anpme), the Office of the Operationalization of the Emerging Senegal Plan (BOS) and the APIX Single Window, would benefit from being merged into one. super single window under the supervision of the Ministry of Finance and combining technical supervision and support projects from the consulting phase to that of financing and execution. Some are surprised to dream of a Ministry of Finance attached to the Primature to reduce the chain of execution of economic projects.

In front of the Primature, a super Ministry of Economy, Planning and Prospective in charge of the PSE will act as counter-power to Finance. This ministry must be the benchmark of technocrats and analysts producing reports that allow Finance to anticipate variations in rates and fluctuations of staple foods. The rationalization of the functioning of the state has everywhere been synonymous with speed. Phase 2 of the Emerging Senegal Plan will need it. This program of 14 098 billion CFA francs aims to achieve 700 projects and a GDP growth target of 9, 1% over the period 2019-2023. The little boost will certainly be the start of oil exploitation in late 2021.