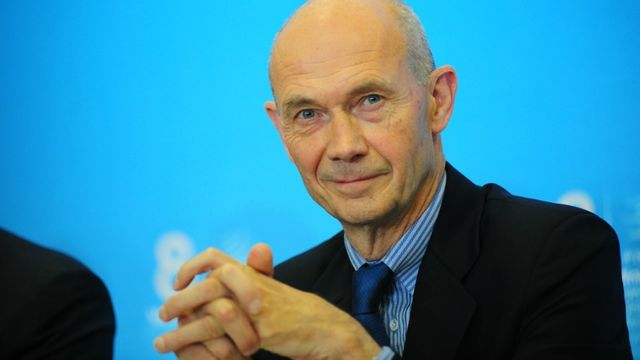 As the first international event bringing together all the players in global governance, the Paris Peace Forum returns for its second edition from November 11 to 13, 2019, at the La Villette Grande Halle, and launches its new call for projects on March 13, 2019.

Pascal Lamy, formerly President of the Orientation Council, was elected President of the Executive Council of the Paris Peace Forum, an association that brings together the six organizations that founded it (IFRI, Institut Montaigne, Ministry of Europe and Foreign Affairs, Sciences Po, Mo Ibrahim Foundation, Körber Foundation).

The Orientation Council, made up of sixteen governance experts from all continents, is now chaired by Trisha Shetty (India) and co-chaired by Igor Yurgens (Russia). This Council, whose role is to make recommendations on the objectives and conduct of the Forum as well as to make it known worldwide, was joined by Martin Tisné (United Kingdom).

Justin Vaïsse has been appointed Director General of the Forum, and will take up his duties on March 18, 2019.

In 2018, the first edition of the Paris Peace Forum was an international success, gathering for three days 65 heads of state and government, 10 leaders of a multilateral organization and more than 6,000 representatives of civil society in the sense large. The event was opened by UN Secretary-General António Guterres, German Chancellor Angela Merkel and French President Emmanuel Macron, who called for learning lessons from history and tackling the challenges of the 21st century together.

As a result of the call for projects, 860 applications from 116 countries and 20 international organizations were received. 121 projects were selected to be presented and discussed at the event and 10 of them were chosen to be supported and supported throughout the year.

For its second edition from 11 to 13 November 2019, the Paris Peace Forum will take the elements that made the success of its first edition and make it a unique event. To cope with the persistent challenges of world organization and attacks on multilateralism, the Paris Peace Forum continues to act as a mobilizing force for all concerned and as an incubator to advance concrete solutions, with the same :

· Objectives: to encourage international cooperation and collective action for a peaceful world.

The annual call for projects of the Paris Peace Forum aims to identify initiatives that are at an advanced stage of their design or at the initial stage of their implementation, carried by various actors of global governance through all continents, in the following areas: peace & security, development, environment, new technologies and inclusive economy.

This year, the Paris Peace Forum extends its call for projects to a new theme « culture & education » which will also be the sixth village of the event. All project leaders will be able to submit their application from March 13 to May 13, to present their project this fall in Paris. The launch of the call for projects will be preceded by a press briefing to be held on March 12 to 2019.

President of the Executive Council

Pascal Lamy served two consecutive terms as Director General of the World Trade Organization (WTO) from 2005 to 2013. In 2016, he was appointed Chair of the French Committee of the Pacific Economic Cooperation Council (PEEC). Since 2014, he is President of the World Committee on Tourism Ethics. He shares his other activities between the Jacques-Delors Institute where he is president emeritus and various mandates or missions related to European and international affairs.

President of the Orientation Council

Trisha Shetty is a social activist and a lawyer from Mumbai, India. She is the founder of SheSays, an NGO working for gender equality through youth engagement and civil society. His organization works on public safety, quality education, health and well-being, digital culture, sanitation, public policy and advocacy through a gender-sensitive perspective. Trisha Shetty is also one of 17 United Nations leaders for the SDGs and an Obama Scholar at Columbia University.

Vice-Chairman of the Orientation Council

Member of the Orientation Council

Martin Tisné is General Manager at Luminate. In partnership with the Obama presidency, he founded the Open Government Partnership and helped make it an initiative of more than 70 countries. He also initiated the International Open Data Charter, the G8 Open Data Charter and the G20 commitment to Open Data Principles. He is the co-founder of Publish What You Fund. He is a member of the Board of Directors of the Open Data Institute and a member of the Transparency and Accountability Initiative Policy Board he founded.

Justin Vaïsse is stepping down as Director of the Center for Analysis, Forecasting and Strategy (CAPS) of the Ministry of Europe and Foreign Affairs, which he has headed since 2013 to focus on the Paris Peace Forum. A historian specializing in international affairs and author of numerous books, he was, from 2007 to 2013, director of research at the US and Europe Center at the Brookings Institution in Washington, the most influential American think tank.

About the Paris Peace Forum

The Paris Peace Forum is the first platform dedicated to global governance solutions. It aims to improve the organization of our world to meet the most urgent challenges in the areas of peace & security, development, environment, new technologies, inclusive economy and culture & education. During its annual event, which takes place from 11 to 13 November, the Paris Peace Forum brings together all players in global governance to advance emerging solutions to global challenges.