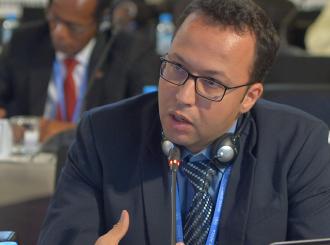 Digitization has been variously described as pivotal in ramping-up revenue collection for financing Africa’s development.

This convergence of views characterized discussions at one of the plenary debates of the 38th meeting of the Committee of Experts of the ECA Conference of African Ministers of Finance, Planning and Economic Development, taking place in Marrakech, Morocco.

Convened to critically discuss and share experiences around the theme: “Fiscal policy, trade and the private sector in a digital era: a strategy for Africa,” the experts mainly evoked questions of speed and productivity, governance, timeliness and cybersecurity associated with digitizing fiscal regimes.

“Digitalization has the greatest potential to influence trade and productivity in Africa,” asserted Adam Elhiraika, Head of ECA’s Macroeconomics and Governance Division, who buttressed his points with examples from Rwanda and South Africa, using evidence from the soon-to-be-launched 2019 Economic Report on Africa.

While Rwanda has increased its tax collection by a commendable 6% of GDP thanks to digital strategies, South Africa has reduced the cost of revenue collection for both the State and taxpayers by 20% by going virtual with the process.

He opined that Africa should expect to see further success stories as more countries get converted to digital methods, which make it easier than ever before to access hitherto hard-to-tax domains such as agriculture, the informal sector and the digital economy itself.

The possibilities for increasing state revenues with the use of new technologies are real, explained the delegates from Guinea, who reported that 19 per cent of their compatriots already use mobile money solutions in their regular and business transactions.

However, their worry was the need for systems to protect users of technological platforms from hackers; hence the need for African countries to create regulatory and surveillance frameworks for cybersecurity.

According to Mr. Elbakkouri Aziz, heading the Moroccan team of experts at the session, these and other policies on the digital economy should be practical and citizen-centered.

His team said African countries should come together and form a common front to deal with the preoccupying issue of adequately taxing multinationals, including the use of digital strategies.

In pursuing revenue collection, “levying the informal sector is a huge challenge,” noted Mr. Makki Mohammed Abdelrahim Allan, Director General of the Ministry of Finance and Economic Planning of the Republic of Sudan.

“But we are rolling out a digital identification program, which takes into account tax and business information of citizens and we are hoping it will pay a great role in revenue collection,” he said.

At this juncture, the Senegalese offered some experience on revenue collection from the informal sector.

“Local councils are best placed to tap revenue from the informal sector, and should be drafted-in to do so” said Mr. Mayacine Camara, Mayor of Koungheul, in Senegal, whose council has made progress in that regard.

Ambassador Raj Busgeeth of Mauritius explained that his country had made much progress on digital tax collection, noting that performance has been enhanced by incentives to citizens who pay their tax online.

Digitalization would, however, only be optimal for resource mobilization when corruption is stamped out of the process, he argued, while making a case for people in position of power to be closely followed up to pay their taxes.

Corruption is a hindrance to tax revenue collection, he harped on, adding that “the big shots are probably those not paying taxes.”

The Egyptian team led by Ahmed Kamaly, Deputy Minister for Panning Affairs, seemed to have a fix for such a difficulty.

He said e-government services and tech centers have proved advantageous in Egypt by reducing transaction costs, enhancing investments and reducing the incidence of corruption related with revenue collection.

“But it’s a good idea to first ask the question on whether we do have active or passive fiscal policies in Africa’” he mooted, while submitting his belief that the continent didn’t seem to have active tax policies.

The conversation will continue for two more days to prepare grounds for incisive ministerial discussions. 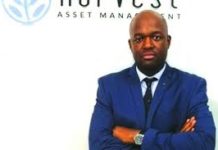 In the Central African financial market, Harvest is ahead of Attijariwafa bank 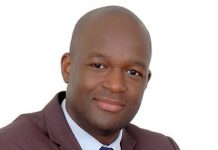