In the previous episode, our actuaries had built surrender rate tables based on the seniority of the contracts. The objective was to be able to estimate the volume of redemptions that should be observed in the year to better manage cash. However, the DAF has read somewhere that there are two types of buybacks. So-called structural buy-backs, which represent the « natural » part of insured persons who are in need of cash. These repurchases are reputed to be independent of the evolution of the financial markets and the policy of revaluation of the savings of the insurance company. And cyclical redemptions, which depend on the evolution of the financial markets, and which reflect arbitrations that the insured makes between different types of investments.

The DAF understood that this redemption rate curve is an average over many years. He would like to know, depending on the current economic and financial situation, what the intensity of redemptions might be. He therefore asks our two actuaries to think about this problem. Ms. Senior and Mr. Junior, actuaries both, say to introduce other variables that are not in the databases of the Life Company: bank deposit rate, loan rate, inflation rate … And we must abandon the classical models (Kaplan Meier and Nelson Alaen), to turn to more modern models such as the CART (Classification And Regression Tree) method.

While the previous curve only depended on the age of the contract, this method already shows that the age of the insured also has a great deal of importance to the decision to buy the entire contract. It also appears that the bank deposit rate and inflation are leading indicators in the buyout decision. But why would surrender rates be very high when the deposit rate is above 5%? Mr. Junior suggests that this perfectly reflects the phenomenon of arbitrage: the insured, knowing that he can have a significant return by placing his savings in the bank, makes a total surrender.

Mrs. Senior doubts that such a large number of insureds are as well informed (several hundred each year). It says that there is an indicator that has not been integrated and that would explain the link between the purchase and the rise in bank deposit rates. After analysis, it seems that, when there is an economic crisis, people use their savings to offset the decline in income. This, on the one hand, pushes the banks to better pay to attract the savings they need, and on the other hand, corresponds to the moment when the policyholders buy back. To reinforce this reasoning, it would be logical for partial redemptions to be equally sensitive to these indicators. Leaders ask actuaries to do the same study on partial surrenders. Mr. Junior gets the following tree.

For partial surrender, bank deposit rates are less discriminating than inflation. But strong inflation also corresponds to a period when prices are rising and the daily need for liquidity is increasing for households, and therefore they are divesting.

The only thing left for the DAF to do is to look for the economic forecasts for the coming year, and then move the entire portfolio into these trees in order to have a forecast of the number of contracts that should be bought back in whole or in part.

But it seems that our DAF is not totally satisfied. To be continued in the next episode… 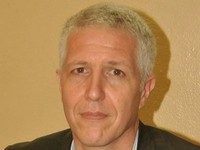 Eric Maniable, new president of the House of Actuaries of Cameroon