More than 1,000 delegates from various African markets will attend the African Federation of Insurance Companies (FANAF) meetings scheduled for Tunis from February 17 to 21 under the banner of promoting insurance.

After the 2018 edition in Kigali (Rwanda), which invited delegates to rethink « African Insurance in the face of disruptions », the 2019 General Assembly, to remain in the continuity of reflection, is placed under the central theme: « What market structure to promote the development of African insurance? Says Adama Ndiaye, president of FANAF.

The main theme will be the subject of four major panels that will involve eminent specialists on the subject.

The 43rd General Assembly of FANAF is for the Tunisian Federation of Insurance Companies « FTUSA » and its president, Habib Ben HASSINE, host of the event, the opportunity to highlight the specificities of a small market in terms premiums but sophisticated in terms of innovation and digitization.

On the sidelines of FANAF meetings

The Allianz Africa group will offer a cocktail reception on Tuesday 19 February in Tunis, as part of the 43rd General Assembly of FANAF. it will be from 19:30 at the hotel Dar El Jeld. Buses will be at your disposal at 19:00 in front of the hotel Laico to take you there.

NB: access to the VIP cocktail will be by invitation only. 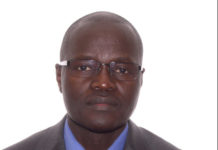 Insurance-CIMA: the solution CISCO Consulting to face the minimum capital