The role of the digital sector in the development of Congo 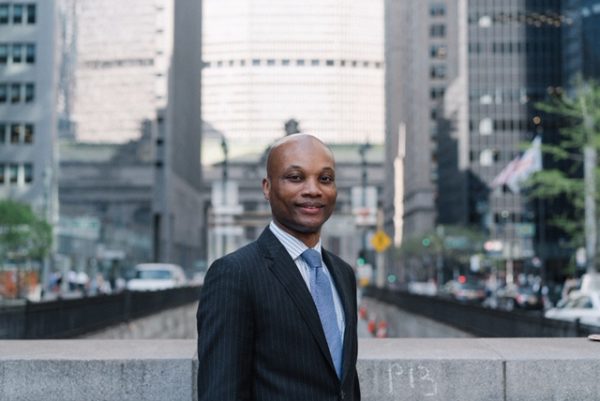 The Democratic Republic of Congo is at crossroads in its path toward its economic development going forward. Digital strategy must be at the heart of its development both in the public and private sectors in the new year and beyond.  And for the digital sector to develop and grow not only in Kinshasa but also in other cities such as Lubumbashi and Goma in the coming months, a strong and reliable foundation must be put into place by the public and private sectors across the country one step at a time.

The Internet is the foundation of the digital sector in any developed country around the world in Europe, America, or Asia.  And this fact will not be any different in Congo or in any other African country now or in the near future.  The technology infrastructure that supports the Internet such as electrical systems, fiber optics, satellites, and telecommunications networks must also exist in order for people to have access to reliable and fast flow of information on servers, computers, and mobile phones at home, at school, at work, or while traveling in the road around the country.

Adequate investments must be made by both the private and public sectors in order to build the infrastructure on which the Internet can function on in the country.  The starting point is to increase electrification rate, which is currently only about 9 percent of the country’s population of nearly 87 million people, according to Power Africa, a U.S. government-lead partnership of 12 government agencies, over 140 private companies, and 16 bilateral and multilateral development partners.

However, even among people who have reliable access to electricity in Kinshasa, being connected to the Internet and using it on a daily basis remains a privilege given the high cost of Internet access given the average income of someone in the country today, according to Sido Latere, the president of Kobo Hub, a company that specializes in providing growth services to start-ups in Kinshasa.  And quoting the International Télécommunication Union data from 2017, she says that Internet penetration rate is about 6.21 percent of the population, or about 5.5 million people, leaving about 80 million people in the country without access to the Internet.

Another important element to consider in increasing internet penetration rate is the education of the population around the country in understanding that information and data are a valuable source of economic growth, given that some companies and government agencies completely neglect the importance of developing and incorporating digital strategy in their day to day operations, according to David Muhima Mudilo, the president of Konnect, a start-up incubation company based in Kinshasa.

Nearly 70 percent of the population of Congo is 20 years old or below.  In other words, nearly 60 million Congolese risk growing up with tremendous gaps in their digital skills when countries such as Rwanda and Kenya continue to make progress in building Internet infrastructures that will make their respective economies in the education sector and in the workforce more competitive in the years ahead.

Another challenge that must be overcomed is being able to educate university students who can graduate with degrees in computer science and information technology, and go into the workforce to produce software, mobile applications and other technology devices that meet the real needs of the local population.  Many software developers in Congo today are self-taught using instructions on websites and on YouTube, according to Sido Latere.  However, the digital sector in the country cannot be full of people who lack basic instructions from school in critical industry sectors such as computer science and information technology.

For investors around the world looking to invest capital, Congo presents you not only with an abundance of natural resources ranging from cobalt, gold, and copper, but also with attractive investment opportunities in the financial services, education and the telecommunications sectors.  And as the second largest country in Africa by area, there is also an abundance of arable land, which is estimated at about 80 million hectares, enough space to grow food to feed the entire African population of 1.2 billion people and add the population of Europe, the United States, and Canada as well.

The digitization of the public sector will enable government agencies to reduce costs and be more efficient in their provision of public services, not only at the national level but also at provincial levels. In the private sector, putting digital strategy at the core of a business, regardless of the industry sector, will enable companies to be more effective in their operations and, in the long term, lead to employee productivity and higher profitability across different lines of business at the domestic and international levels.

Noel K. Tshiani is president of Agere Global, an investment advisory and business strategy firm based in New York.