The African continent must no longer « outsource its security, » declared, in January 2017, Cheikh Tidiane Gadio, former head of Senegalese diplomacy, for nine years, under the regime of President Abdoulaye Wade. These remarks, made during the inaugural session of the fourth edition of an international exhibition dedicated to security and defense, held in Abidjan, signaled an urgency: we must find endogenous solutions to our defense and security problems. security, contrary to the sad reality that currently prevails in the Sahel, particularly in Mali.

In a context in which the functioning of the African Union (AU), an annual budget of approximately 700 million dollars (616 million euros), is 59% financed by the international community. A constraint that is also valid for many African countries, of which 60% of the budgets are drawn from resources granted by international partners.

Hence the obligation of an inevitable rupture, to be translated by the imagination of endogenous and innovative mechanisms of funding, both at national and regional level.

The results of the 11th Extraordinary Summit of the Heads of State and Government of the African Union (AU), which was held in Addis Ababa (Ethiopia) on 17 and 18 November, commit Africa to a new way. A change of
paradigm that leads the continent to finally finance its own security.

It is in this new dynamic that the launch of the African Union Peace Fund (FUAP), now credited with 60 million US dollars, or 53 million euros, and which should reach the bar of $ 100 million, before the end of the year. We can speak of a « stage victory » because it is the result of a long and difficult journey. A kind of cesarean delivery. Because, on paper, this fund exists since 1993, But it has never been fed by any dollar or euro, since its foundation.

In fact, it is from 2016 that its operationalization became a priority, in the strategy of the pan-African organization. From the point of view of the objectives, the AU Peace Fund aims to « prevent the conflicts ravaging Africa through mediation through the sending of emissaries; interventions for peacekeeping; the return of the latter, after the outbreak of the war, and the assistance of states in post-conflict situations, through reconstruction actions « .

A case of duets

Beyond the declination of such ambitious goals, one must naturally think of the sinews of war, money, the mobilization of which is an existential condition of such a work. The pan-African organization then decides to entrust the process of operationalization of the fund to the duo Paul Kagamé, president of Rwanda, and Moussa Faki Mahamat, President of the Commission of the Union African (AU), from the year 2016. It is in the shadow of this pair that activated a second, real conceptual peg of the project.

Donald Kaberuka, Rwanda’s former finance minister and former president of the African Development Bank (AfDB), was responsible for the financial arrangement of the case and entrusted the legal component of the case to Gadio Kalidou, a Mauritanian law graduate.
Harvard University, a former general counsel of the AfDB, and currently serving with the American business firm « Manatt, Phelps & Philips » whose central structure is located in Washington.

The former head of the pan-African bank proposed a model inspired by the financing of the Economic Community of West African States (ECOWAS), an entity with recognized dynamism, despite some problems. It should be noted in passing that the status of the Duo Kaberuka / Gadio, the successful conduct of the operation of capital increase of the ADB, from 50 billion to 100 billion dollars in 2010.

obstacles
In his report, Donald Kaberuka called for the establishment of a fund of 400 million US dollars, representing 25% of the needs of the pan-African institution. Originally, this fund was to be fed by a 0.2% tax, known as « Tax Kagame, levied by the customs of the countries of the Continent on imports; sent to the central member states and then transferred to the account of the African Union (AU). But this proposal was thwarted by three types of obstacles.

The first reservations were of a constitutional nature. Southern African countries then put forward a regional mechanism for levying customs duties, making it impossible to collect such a tax. The third type of constraints has been raised by some signatory States of bilateral trade agreements, for which the levy would result in a similar measure of the partner, under the principle of reciprocity.

Faced with this series of obstacles, the Extraordinary Summit of November2018 decided to refer the issue of funding to the next ordinary summit of AU Heads of State and Government, scheduled for late January.

In the meantime, it must be remembered that the FUAP Board of Directors was formed. It is composed of seven personalities: two « external » representatives, United Nations (UN) and European Union (EU), and one representative for each region of Africa. There is also a Management Board, chaired by the chairman of the AU Commission, which includes the chairman of the Peace and Security Council and a Permanent Secretariat. 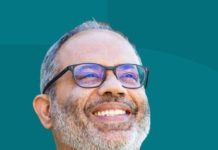 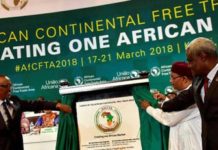 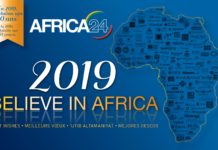 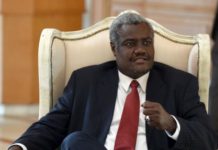 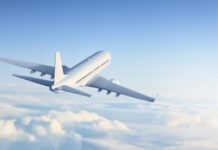 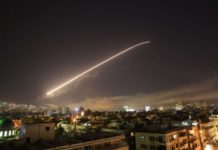 Military Strikes in Syria: The African Union committed to multilateralism