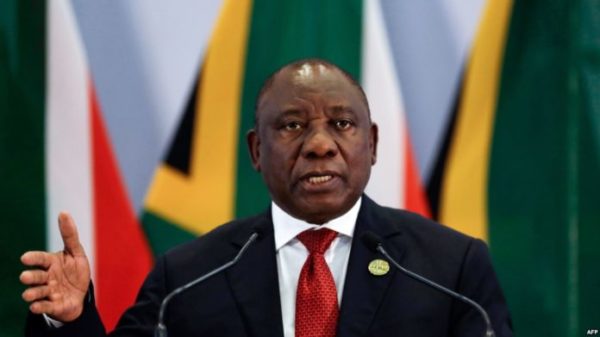 A little over seven months after being elected President of the Republic of South Africa, Cyril Ramaphosa put on the economy to breathe new life into the rainbow nation. Review of key points of his recovery plan.

It is in Pretoria that the South African President Cyril Ramaphosa unveiled on Friday a series of measures to revive the economy of his country, in recession [1]. A stimulus plan that, according to the head of state, aims in the first place “to restore investor confidence, avoid further job cuts and create new jobs”. In the current context of budgetary tensions experienced by the second economic power of the continent, Cyril Ramaphosa has nevertheless made it clear that this plan will not result in an increase in public spending but in “a revision of the priorities of the current budget” on a amount of about R50 billion ($ 3.5 billion). Here, presented briefly, the five key axes of the stimulus plan put forward by the South African president during his speech.

In a country where land reform is a highly sensitive topic, the South African president said “attention will be focused on agriculture”. Expected expenditures will include “support measures for black farmers”. The head of state has also specified having appointed a panel that will assist in the agrarian reform desired by the new authorities; the panel would include business leaders as well as farmers.

2. An infrastructure fund of 400 billion rands

Noting that infrastructure funding had “diminished over the years,” Cyril Ramaphosa noted the establishment of a new fund that will have “a type of blended funding”, and that will draw lessons from the mixed deployment – infrastructure at the 2010 World Cup. The tax authorities should contribute more than “400 billion rand ($ 28 billion)”, which will mobilize more money from banks and investors.

3. Revision of the mining code
Highly anticipated on mining issues, the South African president said his cabinet had approved a revised mining charter that “would bring more visibility to investors.” Parliament should also be asked to remove the controversial law on the development of mineral and petroleum resources in order to remove obstacles to investment. Not sure, however, that this will change the sluggish economic situation in the short term. As the Mining Industry Council notes, “three-quarters of the country’s mines are no longer profitable today”.

4. Lightening the cost of business

Fourth project mentioned, Cyril Ramaphosa confirmed that measures would be taken “to reduce the cost of doing business”. In particular, the government will examine the administrative prices charged for electricity and will work to reduce port and rail rates. A vast program in perspective: a long time first African nation for the ease of doing business in the Doing Business Report of the World Bank, the rainbow nation has since been outdistanced by Mauritius, Rwanda, Kenya and Botswana.

5. Relaxation of the visa procedure

Finally, to encourage tourism and facilitate business, Ramaphosa announced “immediate changes in the regulatory architecture of visas”. An easing that will include removing barriers to travel by minors and reducing the number of countries requiring a visa to enter the country. Similarly, the new approach should allow highly skilled foreigners to enter the country more easily.

[1] The country’s GDP declined 0.7% in the second quarter of 2018, after falling 2.6% in the first quarter, according to the South African Statistical Office (StatsSA).