Mövenpick’s current network and future openings will strengthen AccorHotels’ presence in Europe and Asia and accelerate the Group’s growth in strategic regions such as Africa and the Middle East. Areas where Mövenpick has a significant reputation with 69 operational hotels or in the pipe representing 18,000 rooms.

With this acquisition, AccorHotels becomes the largest hotel operator in terms of number of rooms in the Middle East and Africa with a network (operational and in the pipe) of more than 400 hotels representing 100,000 rooms in the region.

The recent acquisition of the Mövenpick and the creation of an investment fund dedicated to the hotel industry in several countries of sub-Saharan Africa confirms AccorHotels’ ambition to accelerate its development in emerging markets in the Middle East and Africa .

The AccorHotels network (operational and in the pipeline) in the Middle East and Africa represents 350 hotels, 80,000 rooms in 30 countries in the region.

Mövenpick Hotels & Resorts has a network (operational and in the pipe) in the Middle East and Africa of 69 hotels representing 18,000 rooms. 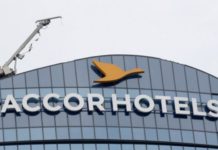 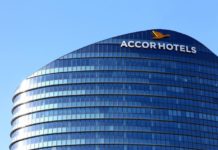