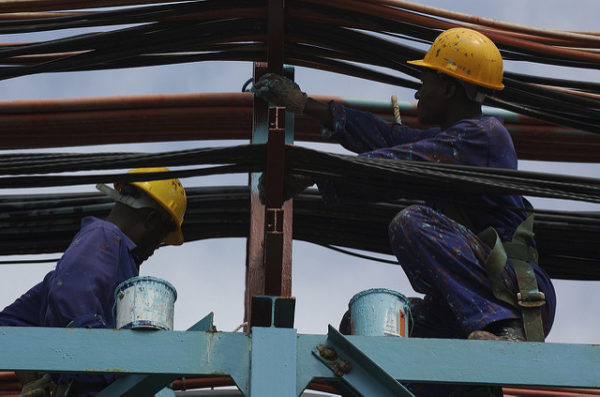 The ideal time to invest in Africa is now. Yet, foreign investors are not rushing to the continent as expected, because decisions to invest abroad are often structured in a methodical and very thorough way. The high level of risk is one of the factors mentioned. But risk and profit are Siamese brothers: high-risk investments are often associated with higher profits.

Africa is the most profitable region in the world. A report of the United Nations Conference on Trade and Development indicates that between 2006 and 2011, Africa had the highest rate of return on foreign direct investment, at 14%, compared with 9, 1% in Asia, 8.9% in Latin America and the Caribbean. The global rate is 7.1%. Examples of companies that make very profitable profits in Africa are legion: in 2017, Sonatrach recorded, for its oil and gas activities, a turnover of 33.2 billion US dollars; the MTN group has a turnover of approximately $ 10 billion; and the Dangote group posted US $ 4.1 billion on the odometer. A number of factors make Africa’s profitability prospects brighter and make it imperative for European, North American, Asian and Latin American companies to invest in the continent and thus contribute to its socio-economic progress.

The prospects for economic growth in Africa are among the most promising in the world. Six of the 12 fastest growing countries on the planet are in Africa (Ethiopia, Côte d’Ivoire, Mozambique, Tanzania, Democratic Republic of Congo and Rwanda). What’s more, according to the IMF, between 2018 and 2023, Africa’s growth prospects will be very interesting in the world. The good news is that sectors where foreign companies could have a comparative advantage, including banking, telecommunications and infrastructure, are among the drivers of Africa’s current economic growth – opening up clear investment opportunities. for these companies.

With the aging of the population in most other parts of the world, Africa’s young and growing population is a formidable market. According to forecasts, the continent’s population is expected to quadruple, from 1.19 billion in 2015 to 4.39 billion by 2100. In 2015 alone, 200 million Africans entered the market. consumer goods. The optimization of a market of this size that is in full swing calls for concrete measures to ensure the structural transformation of the economy of Africa.

Africa’s young population contributes to the abundance of labor, which is one of the most important potentials for labor-intensive industrialization, and lowers production costs. which gives rise to benefits that far exceed the cost of doing business on the continent. The hourly wage in Africa is less than 50 cents (eg US $ 0.27 in Mozambique, US $ 0.34 in Nigeria and US $ 1.62 in Morocco), compared to US $ 10.49 in United Kingdom, US $ 7.25 in the United States and US $ 6.57 in Japan. The participation of more foreign companies can help raise wages in Africa, improve the efficiency of the labor market and generate additional resources for those left behind by age.

Africa’s large natural resource reserves promise a bright future for value chain development. The agriculture and mining sectors are the backbone of national, regional and global value chains. Africa is home to 60% of the world’s uncultivated arable land. In 2015, the continent produced 13% of the world’s oil, compared to 9% in 1998. Growth in oil and natural gas production between 1980 and 2012 saw a remarkable trend: oil production rose from 53.4 billion barrels at 130.3 billion barrels; and natural gas from six trillion cubic meters in 1980 to 14.5 trillion cubic meters in 2012. By the end of 2012, Africa also controlled 53.9 percent of the world’s diamond resources. In 2017, the Democratic Republic of the Congo alone accounted for 58% of the world’s cobalt (a material used in the production of electronic components), while in 2016 South Africa accounted for 69.6% of world production. platinum (used in the manufacture of catalytic converters and other products). Actively investing in the development of these products, among other extractive activities, will determine global economic activities over the next five decades.

Finally, internal developments in different countries lend credence to the idea that Africa’s economic transformation agenda is indeed under way. Greater macroeconomic prudence and improved global governance are some of these developments. For example, the 2017 Ibrahim Index of African Governance shows that Africa’s overall governance index has improved at an annual rate of 1.4% since 2007, an increase of more than 5% in at least 12 countries (including Côte d’Ivoire, Tunisia, Rwanda and Ethiopia). These advances help to mitigate the idea that many investors have risk on the continent.

African governments should build on this positive trend to optimize foreign investment. Which means, among other things, eliminating corruption; improve safety and security; strengthen the macroeconomic environment; invest in quality education and skills development in science, technology and innovation; and to avoid the “race to the bottom” syndrome, which consists in granting exemptions and unnecessary tax exemptions to foreign companies.

For foreign investors, investing in Africa is a good business and a viable business strategy. Governments and the private sector in advanced and emerging markets should seize these new profitable investment opportunities in the air. A key measure for attracting FDI is using official development assistance to take advantage of the investment climate in Africa and eliminate the risks. The operation of Japan’s Nippon Export and Investment Insurance (NEXI) to secure a production unit in Ghana is a commendable initiative that should be pursued on a larger scale and supported by other actors.

The United Nations Development Program (UNDP) works with African governments and private sector actors to eliminate risks and improve the investment climate on the continent. Some of UNDP’s efforts include strategy development and the establishment of industrial clusters, promotion of special economic zones, expansion of access to energy, mobilization and awareness raising. for the development of value chains in countries, and support for investment promotion through the International Conference on the Emergence of Africa.

The ideal time to invest in Africa is now! 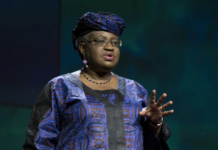 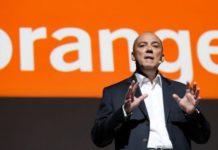 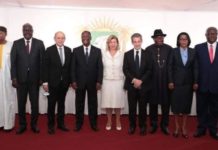 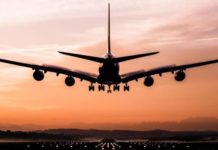 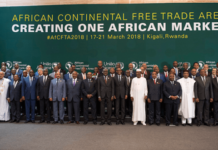 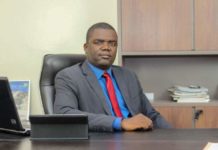 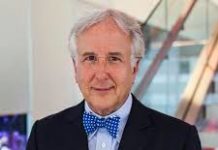 “Africa has 7 of the 10 fastest growing economies in the world in 2020.” Mathew Winkler, Bloomberg News Editor-in-Chief