Portrait of the good African president 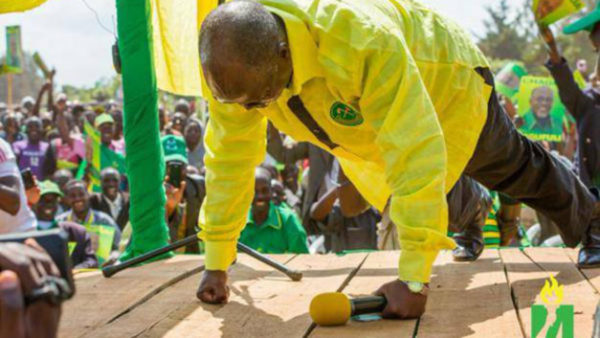 MATHEMAINEER AND CHEMIST OF TRAINING, THIS HEAD OF STATE, ANCIENTLY MINISTER OF LIVESTOCK, HAS NOT THE FLOWERED VERB OF A CONDATED ALPHA, THE REVOLUTIONARY REHORIC OF MADURO BUT, SURE SAID, THE DETERMINATION OF A MAO FOR FACE THE OBSTACLES AND REFORMISM OF AN ATTATÜRK TO FORCE THE DESTINY.

There is currently one of the 54 African countries, a head of state that intrigues. This
leader who speaks little has cut his salary from $ 100,000 to $ 7,000 a month, jostling
ministers and collaborators.
Located between the spectacular populism of a Nana Akufo-Addo and the martial pragmatism of Paul Kagame, this African president fits rather in the school of Jose Mujica, the former
Uruguayan president, who had cut his salary by 90% to sympathize with the poor. Failing to find the magic wand (which does not exist in the story
This democratically elected leader has, since his inauguration in November 2015, armed with a pickaxe to cut the workforce of a civil service swollen by fictitious jobs.

His latest act deals with the dismissal of 10,000 officials holding false
degrees. His first decision was, at the very beginning of his term, in addition to the fact, mentioned above, to reduce his salary and to cancel the lavish ceremonies of independence.

In the same vein, officials at missions abroad were invited to document their movements. Parliamentary dinners reserved for members
have been removed and transferred to the budgets of public hospitals.

Mathematician and chemist by training, this head of state, formerly Minister of Livestock, does not have the flowery verb of an Alpha Condé, the revolutionary rhetoric of
Maduro but, for sure, the determination of a Mao to face the obstacles and the reformism of an Attatürk to force the destiny.

Unlike the “sekuturian” populism which consisted of a continuous trial of the scapegoat settler, this head of state decreed the free education by raising the funds
necessary for what was his great electoral promise.
This president has a nickname: the “Tingatinga” or “bulldozer” in Swahili. It’s clear, John Pombe Joseph Magufuli, 62, does not have the paralyzing obsession of the second mandate.

Heir to Julius Nyerere, the current Tanzanian president is the continuation of an African-style democratic leadership. His leadership is based on reward and immediate punishment. He did not hesitate to arrest the director of the Tanzanian Revenue Authority following the discovery of a $ 40 million hole in the accounts of this institution.

One of his major decisions was the transparent audit of the mining sector. This led to the dismissal of the mines minister and the recovery of a number of British mining companies who were under-reporting. The impact of this public audit is enormous.

Thus, only one of these companies at fault was fined $ 190 billion. Thanks to a transparent policy, Tanzania has been able to renegotiate with Petra
Diamonds arraigned on a blatant case of under declaration of diamonds for export and found a compromise with Accacia Mining, a subsidiary of Barrick Gold Corporation, first
global gold producer, who has agreed to pay a $ 300 million fine. The key to distributing profits from the exploitation of the yellow metal has shifted to the benefit of the state.

In short, Tanzania is rewriting its history with method and austerity thanks to its enigmatic president recently become the target of the international press and
some organizations called human rights. That is, we do not question the established order without paying the price.