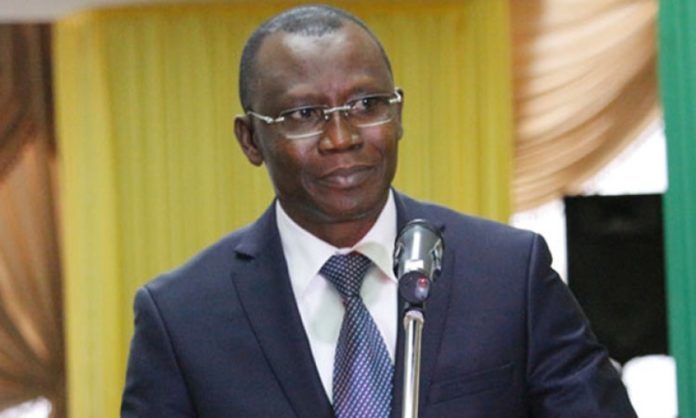 Addressing the deputies who had just voted the 2018 amended budget law, Mr. Yaya explained, in fact, the decline in revenue by “the national socio-political situation marked by demonstrations sometimes with the acts of vandalism that accompany them and which had a very negative impact on economic activity and subsequently on the mobilization of internal resources “.

Revenue mobilization has suffered a lot from this situation, he said, before saying that “this crisis is a blow to the image of our country with foreign investors and therefore our economy.”

“That is why I would like to be allowed to seize the opportunity offered by this platform to launch another appeal, on behalf of the Government, for a national leap to avoid any act of vandalism harmful to our economy which is a national heritage and will have to concern us all, of some edges that we are, “said the minister.

Voted by the majority of deputies, the amended budget bill, management 2018, balances, in total, revenue and expenditure at CFA 1,307.6 billion compared with CFA 1.318.5 billion provided for in the budget law. initially, a decrease of 0.8%.

Budgetary revenues amounted to 832 billion against 853 billion in the initial budget law, and spending fell by 5 billion to 920.5 billion.

Note that the Togolese are waiting for the epilogue of a crisis that lasts more than 10 months. ECOWAS facilitators Nana Akufo-Addo and Alpha Condé are announced this week in Lomé to present a draft of the organization’s roadmap.