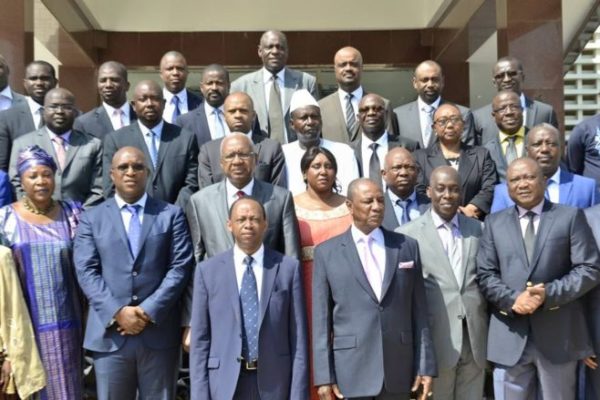 Guinea’s economic growth is expected to reach about 6 percent in 2018, compared with an estimate of more than 8 percent in 2017, the International Monetary Fund (IMF) said in a statement released on Wednesday.

“The Guinean economy is growing rapidly, driven by a dynamic mining sector,” said the institution, whose team stayed in Conakry from April 3 to 15. The sharp increase in mining exports has reduced external imbalances in 2017, she says, before pointing to a continued rise in foreign direct investment in the mining sector.

In addition, says the IMF, the country’s foreign exchange reserves have strengthened, with an increase in global inflation (8.9% in 2017). “Improving Guinea’s fiscal position is necessary to maintain stability and sustainability in the medium term. Increasing foreign exchange reserves will strengthen external reserves. Maintaining a prudent monetary policy will be key to maintaining moderate inflation, “says the institution.

Guinea’s fiscal imbalances have deteriorated over the course of 2017, with a core fiscal deficit of 1.1 percent of GDP. “Larger than budgeted public investments and insufficient revenues have weakened fiscal performance,” notes the IMF.

The country had just reached an agreement with the staff of the IMF on the first review of the economic policy and reform program supported by the Extended Credit Facility (ECF).