Vincent Bolloré, the CEO of the Bolloré group and Vivendi’s largest shareholder, was indicted on Wednesday, April 25 in the evening. The CEO of the group that bears his name has been indicted for bribery of foreign public official, complicity of breach of trust and complicity of false but was not placed under judicial control, it adds.

The businessman had been held in police custody since Tuesday as part of a judicial investigation open including “bribery of foreign public officials”, about the conditions for obtaining port concessions to his group in Africa, in 2010.

His custody was extended on Wednesday morning, as well as those of three other leaders of the group: Gilles Alix, the general manager of the Bolloré group, and Jean-Philippe Dorent, head of the international division of the communication agency Havas. Vincent Bolloré has been indicted for bribery of a foreign public official, complicity in breach of trust and forgery and use of forgery. Jean-Philippe Dorent has been indicted for breach of trust and false and false use and is placed under the status of assisted witness for corruption.

It should be noted that Francis Pérez, leader of the company Pefaco based in Spain, meanwhile saw his custody lifted Wednesday early in the afternoon without any charge is held against him, said his lawyer.

Two of the sixteen container terminals operated by the Bolloré Group in Africa are concerned by these suspicions of corruption: the first in Lomé, Togo, and the other in Conakry, Guinea. Investigators suspect the leaders of the Bolloré group “to have used their Havas communications subsidiary to facilitate the coming to power of African leaders by providing under-billed consulting and communication missions. And this, for one purpose: to obtain the port concessions of lucrative container terminals, “says Le Monde.

The billionaire Breton group had reacted on Tuesday by way of a statement. “The Bolloré Group formally denies that its subsidiary company SDV Africa has committed irregularities. The services relating to these invoices were carried out in full transparency, “reads.

This placement in custody had a first negative consequence for the Bolloré group. Indeed, the action of the group fell more than 6% to the Paris Bourse on Tuesday. 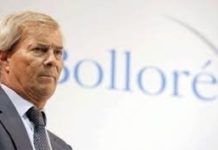 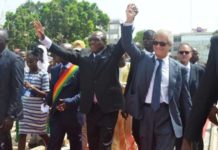 The indictment of Vincent Bolloré sounds the death knell of Françafrique? 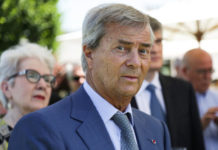 Vincent Bolloré placed in custody in connection with Guinea, Togo and Africa