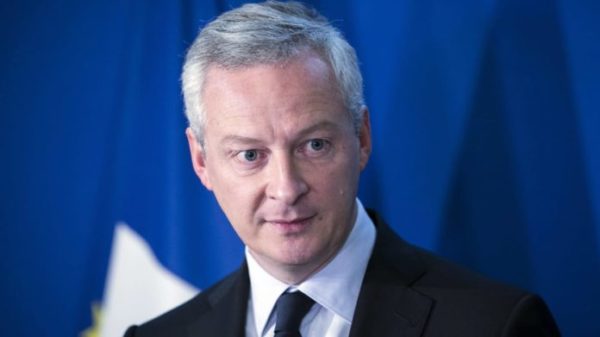 The French Minister of Economy and Finance, Bruno Le Maire, announced Friday, April 13, that his country was ready to grant Congo-Brazzaville, a grant of 135 million euros subject to the conclusion of a program support with the International Monetary Fund (IMF).

“This is how we will bring visibility to the debt reduction program,” justified the French minister. “France is helping the member states of the Franc Zone in their implemented strategies, including debt relief, structural reforms, diversification of the economy and the fight against corruption,” he added. the press conference marked the end of the meeting of finance ministers of the franc zone, held from 12 to 13 April in the Congolese capital.

Recall that an IMF delegation has been in Brazzaville since April 3 as part of discussions with the Congolese government to take stock to consider the conclusion of a program. The institution requires reforms and debt restructuring, before support for the recovery of an economy strongly threatened by a debt crisis.

“France expects transparency from the Congo, and the conclusion of a program with the IMF to get out of this debt of 120% of the national wealth, which is much too heavy,” commented Monday, Mr. The Mayor, in an intervention on Radio France Internationale (RFI). “Without transparency, there is no trust. And without trust, there can be no help, either from the IMF or from other states, “he said.