On the sidelines of the meetings of the Islamic Development Bank 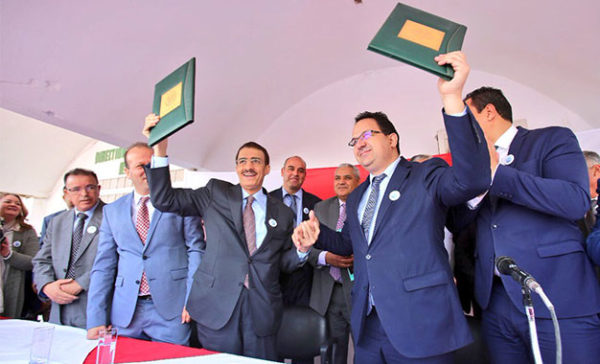 The Annual General Meetings of the Islamic Development Bank (IDB) are held in Tunis from 1 to 5 April 2018. One thousand participants take part in the work, including 57 Ministers of Economy and Finance of the member countries.

In his opening remarks, IDB President Bandar Hajjar recalled the funding needs of member countries. It takes $ 120 billion for the energy sector. The bank can only satisfy 8% of this amount. In all, Islamic countries need $ 3 trillion to bridge the infrastructure gap. Hence the call of the President of the IDB for the involvement of the private sector.

The countries concerned have 1.6 billion inhabitants, 60% of whom are young.
The bank headquartered in Jeddah started operations in 1975 and has 57 member countries and works to strengthen the economy in member countries, it is recalled.

The bank has since its launch, funded 8,195 development projects in different member countries worth about 125 billion US dollars. These projects affected several sectors, including infrastructure.