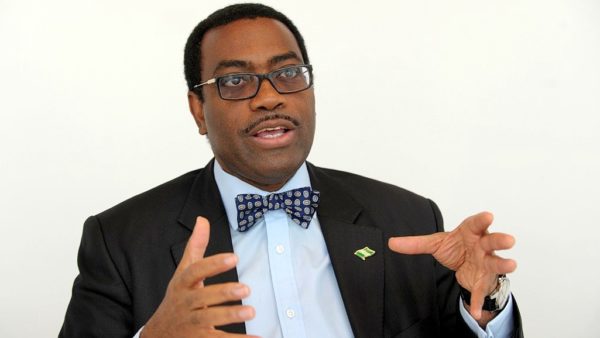 The president of the African Development Bank (AfDB) broke the silence on Tuesday over the wave of layoffs that has shaken the institution for several months.
“You have probably heard of some changes at the Bank. I can assure you that everything is going well, “said Akinwumi Adesina at the traditional New Year’s luncheon held at the AfDB headquarters in Abidjan, at the accredited diplomatic corps in Côte d’Ivoire.

The former Nigerian minister of agriculture and rural development justifies these changes with “the reforms that the shareholders [have] asked us to carry out”. “They asked us to optimize resources, and that’s exactly what we do,” he insisted.

And to add: “They asked us to change culture at the Bank, to move from a culture of rights acquired to a culture of performance. And that’s exactly what we do. No organization can excel in performance without focusing on accountability for results. ”
Indeed, according to the president of the ADB, “the old culture of acquired rights is shaken and, as you can imagine, we meet resistance. Change always comes with noise, rumors, or even intent. ”
During his speech, Mr. Adesina swore by the “results” he intends to achieve: “We are working hard, very hard, to make the Bank a more flexible, more effective, results-oriented organization; an organization that accelerates the development of Africa, which sets the highest performance standards.

“We’ll get there”
Arrived in business since September 2015 following the Rwandan Donald Kaberuka, Akinwumi Adesina was reassuring in front of his attentive audience: “I can assure you that we will get there, because we can only meet the expectations of Africa when all our actions will be performance oriented.

In addition, the Nigerian promises, the AfDB “will be better equipped to fulfill its mission and accelerate the achievement of results. She is not a retirement home. (…) Be sure, we will not let you down! ”

Layoffs deemed unfair, “on the basis of incompatibility of mood”

The institution has known for a few weeks, a wave of layoffs and resignations. The latest is the case of Ivorian Albéric Kacou, now the former Vice-President in charge of Human Resources and Institutional Services of the Bank.
“In the analysis, and according to our information, Mr. Kacou has committed no professional misconduct proven due to a lack of competence in the functions he exercised, which can justify the radical and brutal separation”, responded the Association of Ivorian International Civil Servants (AF2I), a week after the separation.

“Everything suggests that the dismissal is abusive, on the basis of incompatibility of mood, especially as the President of the AfDB, after assessing the performance of Mr Kacou six months ago, ‘confirmed unreservedly in his duties as Vice President,’ recalled AF2I.