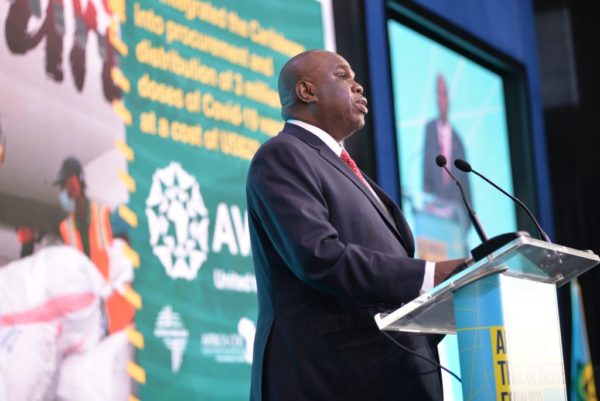 African Export-Import Bank (Afreximbank) has applauded the ratification by the Barbadian Parliament of the Partnership Agreement with the Bank. Barbados, one of the nine member states of the Caribbean Community (CARICOM) that have so far signed the treaty, becomes the first to ratify it.

The Partnership Agreement between Afreximbank and the constituent countries of CARICOM was announced on 1 September 2022 at the inaugural Africa-Caribbean Trade and Investment Forum (ACTIF) held in Bridgetown. It was initially signed by seven CARICOM countries on the sidelines of the opening ceremony of the forum. Subsequently, the agreement was also signed by Guyana and more recently by The Bahamas, joining Antigua and Barbuda, Barbados, Dominica, St. Kitts and Nevis, St. Lucia, St. Vincent and the Grenadines, and Suriname as signatories.

The agreement establishes a framework for cooperation between Afreximbank and the CARICOM to strengthen trade and investment links between Africa and CARICOM member states. The treaty aims to facilitate cooperation and mutual support, as well as help with the promotion and financing of trade between the two regions.

Barbados’ ratification of the agreement constitutes a major advance for the promotion and development of South-South trade between Africa and the Caribbean, and now clears the path for Afreximbank and the co-parties to begin their joint efforts to realise the benefits of the closer trade and economic links which the treaty was designed to promote.

Prof. Benedict Oramah, President and Chairman of the Board of Directors of Afreximbank, commented:

“I am delighted by the courageous and historic move of the Government of Barbados towards closer trade between Africa and the Caribbean. This ratification will reverberate for generations to come and pave the way towards the rebound of cultural and economic ties between two regions that share great historical links and significant economic interests. We are also pleased to welcome The Bahamas and Guyana among the other signatories to the Partnership Agreement.”