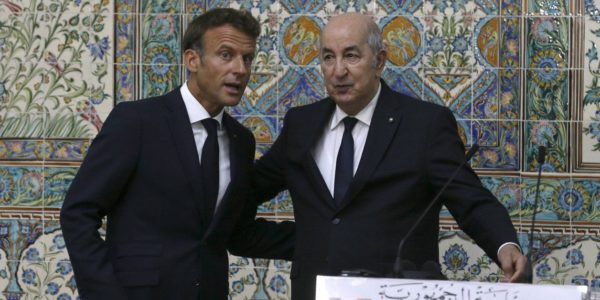 In Algiers, French President Emmanuel Macron, accompanied by his Minister of Defense, Sébastien Lecornu, and 89 businessmen and intellectuals including the historian Benjamin Stora, did not escape the quarrel over memories and, for to resume its polemical expression, of the “memorial rent”. The tenant of the Elysée who had qualified in 2017, while passing through Algiers, when he was a presidential candidate, French colonization as a “crime against humanity”, has since returned to the red lines defended by the official history of France. “Gratitude yes, repentance no,” he will say in essence.

“I often hear that, on the question of memory and the Franco-Algerian question, we are constantly summoned to choose between pride and repentance. I want the truth, recognition, otherwise we will never move forward,” the French president said on August 26 during a press briefing in Algiers on the second day of his visit to Algeria.

The French president and his Algerian counterpart, Abdelmadjid Tebboune, have reunited but have not yet dispelled the old Franco-Algerian misunderstanding. The two heads of state announced the creation of a joint commission of historians “to look together at this historical period” from the beginning of colonization (1830) until the end of the war of independence (1962).