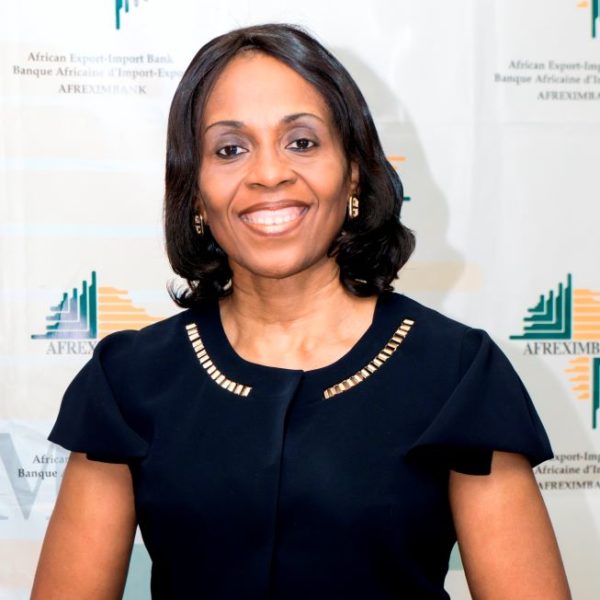 African Export-Import Bank (Afreximbank) today in Cairo announced the appointment of Kanayo Awani to the position of Executive Vice President of the Intra-African Trade Bank (INAT) with effect from 1 July 2022.

The appointment follows a decision by Afreximbank’s Board of Directors on 13 June 2022 to approve a recommendation by Bank President Prof. Benedict Oramah for Ms. Awani to be appointed to the new position to lead INAT, a new executive division of Afreximbank responsible for driving all Afreximbank intra-African trade activities, including all its African Continental Free Trade Area (AfCFTA) implementation engagements.

Ms. Awani has served as Managing Director of Afreximbank’s Intra-African Trade Initiative since 18 May 2016 where she had the primary responsibility of assisting the Bank in ensuring the attainment of its Intra-African Trade Strategy. In that capacity, she successfully led Afreximbank’s engagements in support of the establishment and implementation of the AfCFTA, championing the Bank’s support for the negotiations that culminated in the signing of the AfCFTA agreement in Kigali in March 2018.  She was also responsible for growing the Bank’s business attributed to intra-African trade from around 3% in 2016 to 28% by end of 2021, disbursing US$20 bn in support of intra-African trade and investments in 5 years. In the same period, she also led the establishment and deployment of the Bank’s Intra-African Trade Champions programme, making it possible for major African businesses to expand their operations into other African countries, creating true African conglomerates and making “Made in Africa” products available across Africa with the Bank cumulatively supporting over 25 contract awards estimated at about $10 bn.

She was also the arrowhead for the introduction and organization of the biennial Intra-African Trade Fair (IATF), delivering the first edition, IATF2018, in Cairo in December 2018 and IATF2021 in Durban, South Africa, in November 2021. IATF2021 successfully brought together 32,541 visitors from 128 countries and 1,501 exhibitors from 69 countries, resulting in the closing of trade and investment deals worth US$42 billion.

Speaking after the Board meeting, Professor Benedict Oramah, Afreximbank’s President and Chairman of the Board of Directors commented, “This appointment recognizes the instrumental role Ms. Awani has played in championing intra-African trade over the last several years. It also demonstrates the Board’s confidence in her ability to provide much-needed leadership as Afreximbank notches up its drive to further boost intra-African trade through the establishment of a focused purpose-driven intra-African trade bank alongside its activities underpinning the AfCFTA.”

Prior to joining Afreximbank in 2009, she served with Citigroup from 1990 to 2008, with responsibilities in Trade Services and Operations, Corporate Finance, and Corporate Banking before rising to the position of Vice President/Head of Industrial and Commercial Corporates at Citigroup Nigeria. In that last position, she led and managed the Commercial and Industrial Corporates in the Corporate Banking Group as Departmental Head and successfully established extensive business relationships with multinationals and top tier local corporates in the textiles, food and beverages, packaging, metals/construction, and trading sectors, among others.

Ms. Awani holds a Master of Public Administration, with a major in International Trade and Finance, from Harvard University’s Kennedy School of Government in Cambridge, U.S.A., as well as the Edward S. Mason Fellowship in Public Policy and Management, from the same university. She obtained a Bachelor of Science in Estate Management from the University of Nigeria (Enugu Campus).