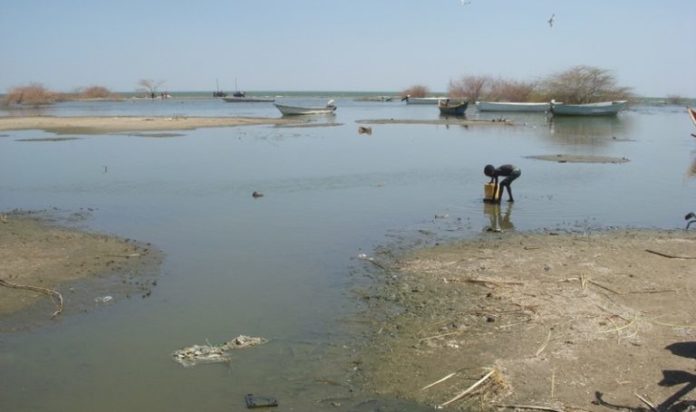 To achieve lasting solutions to the Lake Chad Basin (LCB) water and security crisis, it is not enough to proffer diplomatic and military solutions sprinkled with palliative development support to the millions of affected people and their communities in Cameroon, Chad, Niger and Nigeria. Building on the proposition of a blended approach to the water, livelihood and security crisis posited by Okeke (2020), this policy brief calls for a structural transformative approach in tackling the economic sufferings in the LCB, partly caused by the shrinking Lake, and jihadist conflict. The briefing note hails the main stakeholders in the management of the Basin’s transboundary initiatives, notably the Lake Chad Basin Commission, the UN and leaders/influencers of the Basin’s Multinational Joint Task Force, to urgently consider this modified approach.

UN Water (n.d.) and Sharma & Kumar  (2020), consider the water-food-energy nexus as central to sustainable development. In this context, transboundary lakes, which are usually a common terminus of the rivers and their tributaries, are given full attention by global instruments such as the Helsinki Rules which warrant riparian nations to make reasonable and equitable share in the resources of the basins to which they belong (International Water Law Project, n.d.). Lake Chad is of primacy to Cameroon, Chad, Niger and Niger which constitute the riparian neighbourhood of the Lake Chad Basin (LCB). A critical review of the Basin’s housekeeping processes, tailored by both inter-state and international non-state actors, is necessary to complement, enrich and streamline actions for sustainable peace and development in the area.

In terms of interstate conflict, Chad and Nigeria had a border military clash in May 1983. Chad had contested what it saw as an encroachment into its parts of the Basin by Nigeria (Albert 2017; Treszkai, 2018). Cameroon and Nigeria had similar confrontations in the late 1980s as Nigerian fishermen occupied parts of the now dry areas, which lay under former territorial waters of Cameroon. They formed 30 villages (Albert 2017; Treszkai, 2018). While Chad and Nigeria resumed cordial relations over the lake tension by 1986, Cameroon took its border grievance, including its claim over the Bakassi peninsular further south, to the International Court of Justice (ICJ) in 1994. Cameroon won (International Court of Justice, 2002).

The LCB intra-basin cross border violence has been fuelled by the emergence of the jihadist group – Boko Haram (and its splinter – the Islamic State West Africa Province [ISWAP]). By 2010, the group launched offensives in all the four riparian states (Albert, 2017; Ayandele 2021). Although its ideology is hinged on religious fundamentalism, it has been argued that Boko Haram grew and scaled its machinery/reach, thanks to the Lake Chad Basin’s economic woes due to the receded lake, which motivated the young and jobless to join its ranks (FAO, 2021; Ayandele 2021). By the end of 2020, the jihadist had killed 35,000 people and displaced 2.7 million others, making it Africa’s worst humanitarian crisis (Ayandele, 2021).

1) The Lake Chad Basin Commission (LCBC) was set up in 1964 by the four countries bordering Lake Chad, that is: Cameroon, Niger, Nigeria, and Chad. The Central African Republic (based on its part supply of the River Chari’s flows into the lake) and Libya joined later (Lake Chad Basin Commission, 2022). It oversees the management of the shared water resources and promotes peace and security in the region. Its secretariat in N’Djamena, Chad, coordinates efforts of the Multinational Joint Task Force (MNJTF) discussed below.

2) The Multinational Joint Task Force to manage the Boko Haram Crisis in the Lake Chad Basin (MNJTF) was established in April 2012 (Albert, 2017). It has mostly executed joint military operations against Boko Haram and ISWAP and weakened the capabilities of these groups (Lake Chad Basin Commission; African Union Commission;, 2018; Ayandele, 2021).

4) The Regional Stabilisation Facility (RSF) is a financing instrument developed by UNDP with support from donors as Germany, Sweden, UK, Netherlands, the EU. It supports strategies of the riparian states, especially the RSS in terms of rapid livelihood restoration (United Nations, 2020) and strengthening the capacity of the LCBC (Ayandele, 2021).

As illustrated by several studies of some of the most prominent drainage basin conflicts, e.g., the Indus River Basin squabbles between India and Pakistan (Nayar, 2016) or Helmand River standoff between Afghanistan and Iran (Mewes, 2020), resolving water/food/energy-induced problems is a herculean task. In the Lake Chad crisis, a commendable attempt has been made by the LCB’s authorities and frontline stakeholders, yet there is room for more sustainable propositions.

Although Okeke (2020) has praised the efforts of the LCBC, MNJTF and development partners at tackling the Lake Chad Basin Crisis via a “blended approach” to stabilisation (i.e., one which fuses security/military tactics with development programming), it is argued here that the current approach is still overwhelmingly securitised. Ayandele (2021) has made similar arguments. A keen look at the Regional Strategy for the Stabilisation, Recovery and Resilience of the Boko Haram affected Areas of the Lake Chad Basin Region (RSS) reveals that though the blueprint includes socio-economic recovery and environmental sustainability and education, learning and skills as two of its main pillars, the approach to achieving these is short-term and minimalist in terms of structural changes. In terms of socio-economic recovery, import is placed on reviving old subsistence-style farming, fishing and livestock rearing practices.  On education, the strategy does well to catalogue the promotion of professional, vocational training and skills acquisition and education reform, without setting SMART targets. These tactics beg the questions: what becomes of the people after the short life span of the interventions? Of what long-term significance is the rebuilding of schools if students are trained in the same curricula that failed to enable the riparian countries achieve structural transformation before the crisis?

Some of these questions resonate with an additional response being delivered by UNDP in synergy with other UN institutions and the governments of the larger Sahel region which also comprises the LCB countries. UNDP is couching this broader support to the Basin, within the United Nations Integrated Strategy for the Sahel (UNISS) formulated to respond to a wider humanitarian/refugee crisis orchestrated by unrest in Mali since 2011 as well as by drought in the region (United Nations, 2020). UNISS is more englobing in its outlook, working along the lines of cross border cooperation, climate action, crisis prevention, women and youth empowerment, economic revitalisation, and renewable energy. But here again, with a closer look at the over US$6.5 billion programme (not all the funds had been raised by 2020 when the UN evaluated the strategy), it is impossible to glean the tactics for rendering the countries structurally sound to revive and strengthen their economies. For instance, the Food and Agriculture Organisation’s sub programme called 1 Million Cisterns for the Sahel only stops at providing containers for collecting rainwater for small scale use. UNDP’s own training of 30,000 women in agribusiness is tied to small operations aimed at opening up wider markets for their produce – borne out of the same old limited-scale agriculture. On tackling insecurity, which is the overwhelming approach of actors working in the LCB, Ayandele (2021) has rightly postulated that more funding should be availed for community-driven solutions to terrorism, such as emboldening vigilante groups. In addition, the strategy by the UN to reroute its support to the main actors fighting jihadist groups in the Lake Chad area through its Sahel Strategy, is said to prompt frustration from those LCBC member States (such as Cameroon and Nigeria) which are not members of the G5 Sahel Group of countries (mainly Burkina Faso, Chad, Mali, Niger, Mauritania), whose difficulties the said strategy mainly addresses.

Considering the foregoing arguments, here below are some practical recommendations for the institutions coordinating the response to the LCB crisis, in tandem with the blended approach postulated by Okeke (2020) but with particular attention to structural transformational tactics to the socio-economic pillars of the RSS, UNISS and similar mega programmes:

1) The main stakeholders should continue enforcing the security tactics already devised but with deliberate, systematic sub-tactics to involve local communities in planning and executing further security actions in the Basin.

2) Based on the proposition of structural transformation, which the United Nations Economic Commission for Africa defines as the changes in the sector composition to GDP with the capacitation and transfer of labour from low productive segments such as subsistence agriculture to higher value chain segments of production such as manufacturing (UN ECA, 2018), a more disruptive approach to renewable energy solutions should be considered for the LCB. Harnessing the high solar irradiation potential (22, 000 kilojoules per square metre of solar irradiation per day) of Chad and Far-northern Cameroon, should be a principal tactic of the various strategies. Avenues which respect international protocols on uranium enrichment should be sought to develop Niger’s well-known endowment in the resource.

3) General economic resilience should be pursued from the structural transformational angle where the diverse agricultural resources are transformed for export, especially with the opportunities for reaching Africa’s 1.3 billion tariff-free market, thanks to the newly instituted African Continental Free Trade Area (AfCFTA). The Lake Chad Basin produces a wide range of cereals which could be transformed and exported within and beyond the AfCFTA. Together with Libya and Algeria, Chad has the highest quantities of underground water in Africa with aquifers hosting up to 75m “thickness” of water (McGrath, 2012).
This could be harnessed to power modern agriculture through drip irrigation to support the basin achieve economic and climate resilience. Moreover, Chad has 14 million heads of cattle, but these are mostly exported within the region on foot (UN ECA, 2020).  An alternative approach would be to develop more industrial meat processing and packing plants to allow the country boost sales within Africa and beyond. There are great lessons to be drawn from Botswana in this regard. There are also vast opportunities for leather transformation in the cattle production sector.

4) Going beyond infrastructure development for schools, special programmes on STEMi should be funded and popularised.

5) Serious consideration should be given to the Bonfica proposal of the 1980s to deviate some waters from the Congo River and its tributaries into the Lake Chad on a 2,400 km stretch (Cheminade, 2016; Ross, 2018). The Italian company – Bonfica, had costed project at US$50 billion. Considering the resource mobilisation capacity of UN partners such as the World Food Programme, which participates in the UNISS mechanism, this is achievable.

6) Finally, for smoother diplomacy in the LCB crisis, it would be worth considering a sub-programme of the UN’s Sahel strategy solely dedicated to the Lake Chad Basin, as opposed to enmeshing projects for the Basin with those of the G5 Sahel countries. This would help limit diplomatic frustrations of the non-G5 Sahel members who are among the riparian nations of the LCB. The main brokers of peace, security, and development in the Lake Chad Basin (notably LCBC, UN, the MNJTF and INGOs) should give these points due consideration for the management of the water and land resources of the Lake Chad Basin, to guarantee sustainable peace, security and wider development. 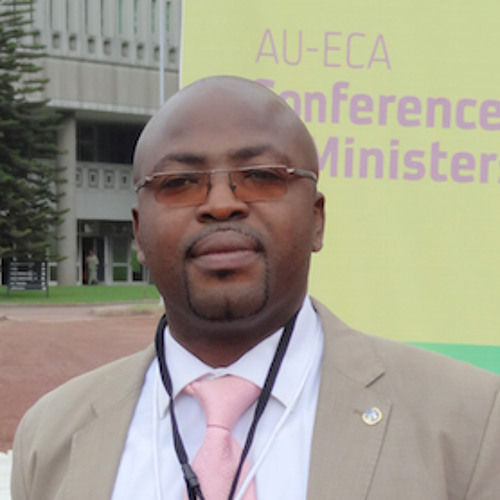 Abel Akara Ticha is a Senior Communication and Development Policy Thought Leader and Advocate with 22 years of combined media, diplomatic and African development experience. He was an Official Spokesman of Her Majesty’s (UK’s) Diplomatic Mission to Cameroon and neighbouring countries, Regional Communication Officer of the Central Africa Office of the United Nations Economic Commission for Africa, Senior Communication Officer of the African Capacity Building Foundation, Editor at the Cameroon Radio Television, Editor of Summit Magazine, and West and Central African Affairs Analyst at the South African Broadcasting Corporation. He holds a MA in Media Studies from Rhodes University, a BSc (Hons) in Mass Communication with Political Science from the University of Buea and is presently studying International Development at Northumbria University – Newcastle.