[Tribune] Should we question Milton Friedman’s dogma on inflation? 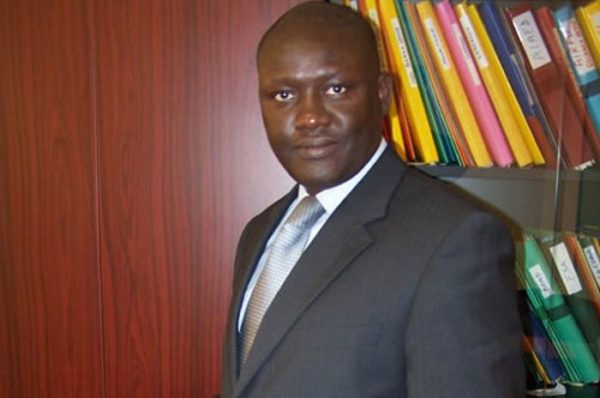 The world has for some time been plunged into a worrying inflationary crisis. This observation raises questions about the relevance of the responses that central banks have provided and about the monetarist theory embodied by the economist Milton Friedman.

With a rate of 6.2% over a rolling year in the United States, observed in October 2020, the inflation rate has been multiplied by 11.5 in a year and a half. The euro zone is not left out with a rate of 5%. This inflationary surge is explained by the tensions observed on the global production chains, following low morale on the side of economic actors, uncertainties about the future linked to the health crisis, the drop in productivity due to the disorganization of the systems conventional labor, not to mention the increase in the cost of various inputs such as oil and gas which undermines the competitiveness of the products produced. Added to this is a tendency for producing countries to want to strengthen their internal stock for reasons of strategic security, particularly food, thus creating imbalances in world supply. Finally, another factor is perceptible through tensions on international supply chains, sometimes multiplying freight costs by five.

Faced with this situation of inflation due to supply, the central banks have initiated, alongside the crisis management strategies initiated by the States, classic monetary stimulus measures such as the increase in key rates (FED) and the purchase of debt (ECB). These measures seem to the analysis objectively insufficient to curb a deep evil. The inflation currently affecting the world is linked more to limited production capacities than to monetary phenomena. Central bankers, by activating the classic levers of monetary policy, confuse a normal situation with a situation of extreme crisis. They should have been more imaginative in proposing other measures, even if it meant temporarily breaking away from the monetary dogma of the fight against inflation inspired by the Economist Milton Friedman.

Nearly 70 years later, it is high time for the world to question inflationary issues by revisiting the teachings of Mr. Friedman on inflation. This American economist, a true inspirer of monetarist thought which had the wind in its sails following the deflation which impacted the world after the period of the thirty glorious years (1945-1975), considers that the fluctuations of the money supply are at the origin of economic cycles. Today, the context has changed a lot and this theory should be revisited for several reasons.

First, States today have much more sophisticated tools for macroeconomic management. Convergence criteria govern many multilateral groups with possibilities of reinforced mutual control. The level of knowledge has increased considerably.
Secondly, the sustained development of new information and communication technologies is shrinking distances, ensuring real-time circulation of information and allowing more effective arbitration and anticipation, particularly at the economic level.
Third, the 21st century world with its 7 billion people projected to grow to over 10 billion by 2050 faces new challenges in terms of unemployment, urbanization, health vulnerability, food insecurity, and the exacerbation of inequalities. In such a context, it is necessary to act on the offer by strengthening the value chains.

Fourthly, economic science, whose final objective is to ensure efficient management of scarce resources, cannot be set in stone and must constantly adapt to the new challenges facing humanity. In this respect, the monetarist model seems outdated and would benefit from being revisited given the magnitude of the current global economic problems.

The axes of proposal could be the following:

It will first be a question of making the inflationary equation more flexible by moving towards a range of rates that can be revised according to the evolution of the economic situation and taking into account the diversity of the levels of development of the economies.

Then, it will be necessary to review the fundamental missions of central banks currently focused on price stability and the maintenance of purchasing power. This mandate is supported by an economic theory according to which monetary policy, by ensuring price stability, indirectly contributes to sustainable growth, economic prosperity and job creation. For my part, I am convinced that the monetary sphere can only be an adjustment variable for the fundamentals of the economy, namely supply and demand. Before thinking about managing inflation, we must produce first.

For reasons related to the need to establish healthy and sustainable growth, these missions assigned to the world’s monetary authorities should shift towards the search for economic progress by adopting proactive objectives in terms of full employment, like the FED. American. It is time for central banks to intervene in times of crisis in the real sphere of the economy. This proposal is motivated by the persistence of poverty and insecurity in the world, and by the enormous efforts to be made in terms of financing in developing countries.

Moreover, what the global economy lacks is an organization specializing in the management of psychological expectations (GAP) in order to reassure the markets and economic players in the event of a crisis. This mission could be entrusted to central bankers who should also invest themselves, given the multiple uncertainties of the global environment, in other areas such as, for example, reflecting on mechanisms allowing a better distribution of risks between economic actors in the world. and more efficient regulation of futures markets in financial instruments. This requires greater coordination between central banks and financial market regulatory bodies through a Monetary and Financial Anticipation Committee (CAMEF).

We must also reconsider this tendency to systematically reject printing money, particularly in certain developing countries disciplined in terms of monetary governance. In this regard, in-depth reflections should be carried out on the optimum level of inflation which could justify the temporary and limited recourse to printing money with a view to recovery, like the European Central Bank, the FED and the United States. experimented on the occasion of the 2008 crisis. This proposal for temporary and non-systematic recourse to printing money is moreover justified by the difficulties linked to the exhaustive quantification of transactions in the informal sector, which occupies a significant part in the economy of many developing countries. In this regard, reflections could focus on the maximum level of foreign exchange reserves beyond which the Central Bank could consider using the surplus to provide its guarantee to States and companies with good signatures to enable them to raise financing on international markets. Within the framework of the implementation of a monetary policy of quantitative easing or quantitative easing, this orientation consisting in the temporary recourse to printing money could result in a massive redemption of part of the portfolio of the best financial institutions. managed.