Mali: INPS has an increased budget compared to 2021 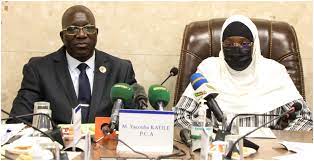 According to Yacouba Katilé, the chairman of the board of directors, the achievement of the revenue objectives for the year 2021 amounting to 198 billion CFA francs (about 338 million USD) has enabled the Institute to respect all its commitments, in particular the service regular payment for technical services. During the year, he said, the INPS paid 818 billion FCFA in retirement pensions, 13.7 billion FCFA in family benefits, and 1.2 billion FCFA in occupational risks. As of December 31, 2021, the institute has an operating balance of 13.5 billion FCFA.

“The INPS has demonstrated over time its usefulness and efficiency to the point of becoming an essential tool in our development strategy, and particularly in the fight against poverty, an important factor in social cohesion. The Institute has for decades continued quietly but surely on its way to lasting stability. The results achieved, we owe them to the combined efforts of all of you, Administrators, Managers and Workers”, declared Diéminatou Sangaré, the Minister of Health and Social Development.