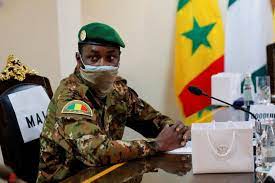 Cold shower on the Public Securities Market (MTP) of the West African Economic and Monetary Union (UEMOA). The Treasury of Mali defaulted on CFAF 15 billion at maturity on January 31, 2022, we learn from a note from the Agence UMOA-Titres addressed to investors. “UMOA-Titres informs MTP investors that the Public Treasury of Mali was unable to settle its financial commitments on the MTP as of 01/31/2022”. The default in question concerns the payment of capital and interest on the Referenced Treasury Bond (ISIN code) ML0000001080 for a total amount of XAF15.61 billion.

This failure to pay comes as Mali is under sanction from ECOWAS and incidentally from UEMOA following the refusal of the ruling junta to respect the transition schedule set by mutual agreement with ECOWAS.

The situation is being carefully monitored by UMOA-Titres in order, the agency indicates, to “ensure the optimal treatment of the maturities of the debt contracted by the State of Mali on the MTP, in collaboration with the institutions concerned”. .

The Public Securities Market, like the entire sub-regional financial market, is under pressure from Mali and Burkina Faso, two countries under military rule.