Mali: the French ambassador expelled from the territory by the authorities 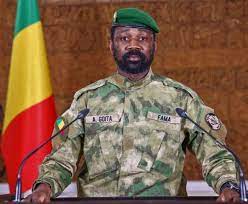 The French ambassador to Mali, Joëlle Meyer, was summoned this Monday, January 31 by the Minister of Foreign Affairs and International Cooperation of Mali who notified him of the decision of the government which invites him to leave the territory within a period of 72 hours. The announcement was made in a press release signed by the head of Malian diplomacy.

“This measure follows the hostile and outrageous remarks made recently by the French Minister for Europe and Foreign Affairs and the recurrence of such remarks by the French authorities with regard to the Malian authorities, despite the protests repeatedly raised” , can we read in the press release. And Minister Abdoulaye Diop indicated that his country “vigorously condemns” and “rejects these remarks which are contrary to the development of friendly relations between nations”.

However, the Malian government states in its press release that it reiterates its readiness to maintain dialogue and pursue cooperation with all of its international partners, including France, with mutual respect and on the basis of the cardinal principle of non-interference, “in accordance with the legitimate aspirations of the Malian people”.

French Foreign Minister Jean-Yves Le Drian had described the Malian junta in power as “illegitimate”, which, according to him, is taking “irresponsible measures”.