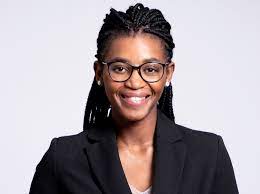 Expanding the scope of repression
The new law aims to define the legal framework relating to the fight against money laundering and the financing of terrorism. While many provisions of the 2007 law are included, the law promulgated last August stands out with a more repressive system and a strengthened regulatory framework.

Its scope is wider. The material element for each of the targeted offenses is understood broadly. Conviction is possible without it being necessary to establish all the factual elements or all the circumstances specific to this criminal activity. The intentional element and the factual knowledge required to establish proof of the money laundering offense can be inferred from the factual circumstances. Regarding the spatial application, the criterion retained is residence in Guinea. The law is therefore intended to apply even for acts committed outside Guinean territory when the natural or legal person concerned is justiciable in the Republic of Guinea. The national courts play a central role in the system in this regard. The legislator recognizes their jurisdiction as soon as the offense takes place in the Republic of Guinea, regardless of the nationality and residence of the alleged perpetrator.

There are many entities subject to the obligations provided for by law. The provisions concern, among others, financial institutions, virtual asset service providers, trust and company service providers, real estate companies, business introducers, persons usually engaged in the trade of precious stones, metals precious, antiques and works of art or organizing the sale of these and more generally any natural person designated by the National Coordinating Committee for the fight against money laundering and the financing of terrorism. In any event, professional secrecy cannot be invoked by the entities concerned to avoid their obligations under the new text.

The establishment of real supervisory and control bodies
A National Financial Information Processing Unit (CENTIF) was set up by the law of 2007. For the legislator, it was a question of entrusting control of the system to an authority responsible for monitoring the evolution of anti-money laundering procedures both at national and international level and, to set up a national center for the reception and examination of suspicious transaction reports relating to money laundering offenses. CENTIF therefore assesses suspicious transaction reports and refers the matter to the public prosecutor as soon as it finds facts that may qualify as money laundering. The new law extended the powers of CENTIF to terrorist financing offenses.

Three control authorities therefore oversee the system today: the CENTIF, the National Coordination Committee against money laundering and the financing of terrorism and the Central Bank of the Republic of Guinea. The legislator has assigned them broad powers to ‘fulfillment of the missions assigned to them. They can thus, among other things, access all premises for professional use, carry out all the verification operations they deem necessary, ensure that the procedures and obligations provided for by law are put in place, have all documents communicated to them. useful for the accomplishment of their missions, hear any person likely to provide them with information and impose financial disciplinary sanctions.

Active participation of financial institutions in the new system
The legislator broke new ground, this time putting financial institutions at the heart of the system, although they had hitherto been excluded from monitoring and vigilance procedures. They must adopt all measures to identify and assess the risks of money laundering and terrorist financing to which they are exposed. Internal risk control and mitigation procedures should also be put in place.

The suspicious transaction report introduced by Law L / 2006/010 / AN remains. Formerly limited to money laundering offenses, it is extended to terrorist financing offenses. From now on. When a financial institution suspects or has reasonable grounds to suspect that funds or other assets are likely to be associated with the financing of terrorism, it must make a declaration to CENTIF. This reporting obligation applies to all suspicious transactions regardless of the amount.

Section 5 of the law establishes new forms of cooperation. The emphasis is on the exchange of information between supervisory authorities. The latter may collaborate and exchange information with foreign authorities exercising similar powers, subject to reciprocity and confidentiality.

Thus, CENTIF can communicate to foreign supervisory authorities any information related to the new law, regardless of the type of infringement provided that the foreign authorities concerned apply professional secrecy on the one hand and that the processing of the information communicated guarantees an adequate level of protection on the other hand. Likewise, the Central Bank of the Republic of Guinea may, at the request of foreign authorities, carry out on-the-spot checks in subsidiaries or branches of financial institutions.

Although absent from most of the provisions of the law, the customs service is associated with this new form of cooperation. This collaboration takes the form of the exchange of information with foreign authorities exercising similar powers in terms of monitoring the implementation of reporting obligations for the transport of cash and bearer securities.

The adoption of this law demonstrates the will of the legislator to align with the rights of foreign states on the prevention of the use of the financial system for the purposes of money laundering and terrorist financing. The Guinean authorities must now put this reform into practice and mobilize the human and financial resources to enable the effective application of the system put in place.