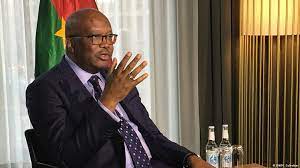 Pending the conclusions of the summit of heads of state of the West African Economic and Monetary Union (WAEMU) held this Sunday, January 9 in Accra on the political situation in Mali and the transition timetable proposed by Bamako, Burkinabé President Roch March Christian Kaboré has already sounded the death knell in his opening speech.

“As much as we are aware of the complexity of the situation in this country, we believe that the economic and social reforms aimed at the Refoundation of Mali could only be carried out by democratically elected authorities”, declared the Burkinabé, president of the conference. heads of state of WAEMU.

Held behind closed doors, this extraordinary meeting was attended by all the presidents of the member countries, with the exception of Mali, suspended from the organization, and Togolese Faure Gnassingbé represented by his Minister of Foreign Affairs Robert Dussey. Nearby, emissaries from the Central Bank of West African States (BCEAO).

As a reminder, the calendar transmitted by the military in power in Mali is based on the organization of presidential elections in December 2026, instead of February 2022 initially planned. And until then, the adoption and implementation of essentially political reforms. Several sources report that a new roadmap of less than 3 years was transmitted to the Economic Community of West African States (ECOWAS) on Saturday by Abdoulaye Diop, the Minister of Foreign Affairs of Mali.

Mali: the National Assizes recommend an extension of the transition from 6 months to 5 years

Mali: who is Ibrahima Ndiaye, the new Director General of the BDM