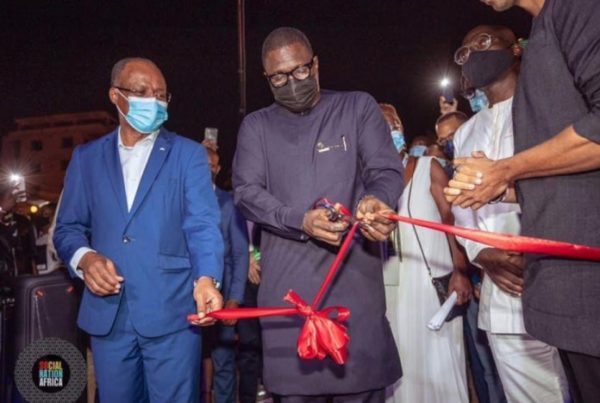 Malian businessman Samba Bathily has just invested in a cultural complex in Cape Verde, precisely on the island of São Vicente.

The boss of the ADS group inaugurated on Saturday August 20, 2021, the Mansa Floating Hub, a floating musical center made up of 3 wooden pavilions separated but linked to each other. The set includes a recording studio, bar and performance space.

“This Floating Hub is a platform of the” Social Nation Africa “dedicated to all African creators and all over the world so that they can find each other, that they create and that they can flourish. Whether in fashion, in music, in the kitchen and in any art in general, “says the CEO of the ADS group.

Samba Bathily wishes through this project to preserve African culture: “It is a partner that responds to our vision of development based on the enhancement of human capital, geostrategic location, political, social, institutional stability and good governance”. These are the words spoken to the media by Ulisses Correia e Silva, Prime Minister of Cape Verde, on the sidelines of the inauguration ceremony of the Mansa Floating Hub.
The investment of the ADS group, “several million dollars”, estimates the promoter, is part of the ambition to position Cape Verde as a hub of art, culture and innovation in Africa . The name of the complex, Mansa Music hub, explains Samba Bathily, refers to the Emperor of Mali, Mansa Musa, the richest man of all time, who lived in the 1300s. “Mansa Musa was Malian and the world’s first billionaire – an African, a Malian. It’s a way of showing the world that Africa is rich, that Africa is capable, Africa has an innovative talent that has stood the test of time ”.