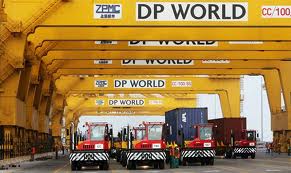 After years of business characterized by trouble and scandals in Africa, DP World announced on July 8, 2021, its intention to acquire one of the largest shipping hubs in South Africa, Imperial Logistics. The Dubai-based global supply chain group has put on the table 12.73 billion rand ($ 887 million) to acquire all of the shares in the South African company.

This new acquisition thus gives DP World a stronger hold on the African continent where it is already present in several countries. “The acquisition brings significant strategic value by complementing the existing footprint of the DP World group in Africa and Europe and enabling the delivery of an end-to-end solution to freight owners in a large and highly competitive market”, the two companies said in a joint statement.

The document says the deal demonstrates DP World’s long-term confidence in the South African economy and the wider regional market despite the challenges of the Covid-19 pandemic.

Imperial provides logistical support in the healthcare, consumer, automotive, chemicals and industrial sectors, with operations in 26 countries in Africa and Europe. The company said earlier this year it would seek to pull out of its European operations as part of its strategy to focus more on Africa, particularly an expansion in Ethiopia and francophone African countries.