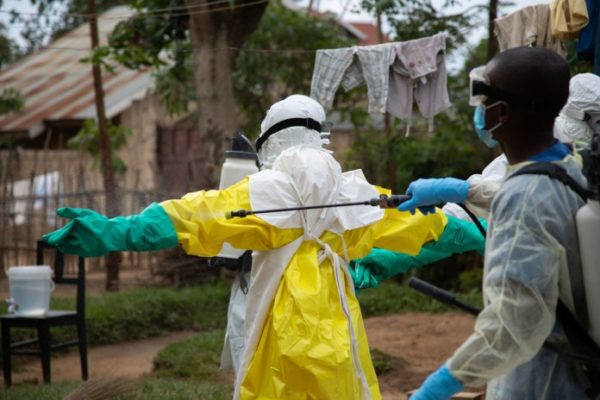 The African Development Bank (AfDB) approved on June 3, 2021, a financial envelope of more than USD 430,000 to deal with the resurgence of the Ebola epidemic which is on the way to being defeated. A donation that is part of the AfDB’s humanitarian aid project. According to our information, the Guinea National Health Security Agency (ANSS) has already started a countdown before the imminent declaration of the end of the resurgence of the Ebola virus disease (EVD) epidemic.

According to an AfDB press release, this support will make it possible to implement the Guinean government’s priorities in its response to the Ebola virus provided for in its response plan in order to limit the mortality and morbidity rates linked to the virus, and will allow, moreover, better surveillance to deal with any new epidemic resurgence. This is through the provision of personal protective equipment as well as triage, isolation and case management facilities.

This donation will thus allow Guinea “to improve, on the one hand, the prevention and control of infections, and, on the other hand, the management of cases in targeted health establishments and in the community. In total, some 200 personal protective equipment will be distributed, in particular to health personnel and community workers. Some 400 health workers and community volunteers will receive refresher training in infection prevention, case management, including survivors in affected areas. The project will also enable Guinea to intensify its awareness-raising operations to improve the population’s perception of the health response, “the AfDB underlines.

Guinea has been facing an epidemic resurgence linked to the Ebola virus since mid-February 2021 and which, thanks to the sustained support of the WHO and other international organizations, has for the past few weeks been almost contained