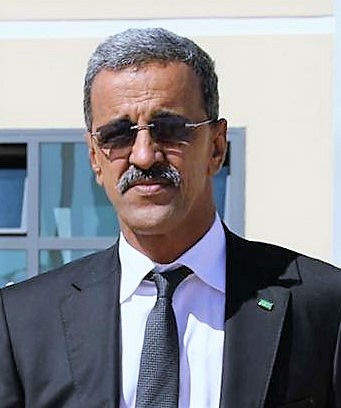 Dy Ould Zeine, until then Minister of Rural Development of Mauritania, was appointed on Wednesday, May 26, Minister of Fisheries and Maritime Economy. He replaces Abdel Aziz Ould Dahi who himself inherits the portfolio of Digital Transformation, Innovation and Modernization of Administration in the government of Prime Minister Ahmed Ould Bilal.

This appointment comes in a context marked by a drastic drop in fishing income, the second pillar of the Mauritanian national economy; the maintenance of a leonine agreement with the Chinese company Poly Hong Dong denounced in the report of the parliamentary commission of inquiry at the origin of the setbacks of former President Aziz and the disengagement of the Mauritanian State from the production sector although ‘he is the main shareholder in the Mauritanian Fishing Marketing Company (SMCP) which has a monopoly on the export of fishing products. These are all challenges that the new minister must meet if he wants to get the fishing industry out of the rut.

Formerly at the Sorbonne and ENA in Paris, Ould Zeine has been chairman of the board of directors of the Société de Gestion de l’Energie de Manantali (SOGEM), a subsidiary of the Organization de la mise en value of the Senegal River (OMVS); Deputy Director of Budget and Accounts; Director General of the Budget; charge of mission to the Presidency of the Republic; Managing Director of the Compagnie Mauritanienne du Sucre et Derivées (COMASUD); Minister of Rural Development before being promoted to Minister of Fisheries and Maritime Economy.

His goal now is to live up to President Ghazouani’s ambitious program. It was the delay in the execution of the program in question, which has allocated funding of around US $ 640 million, that prompted the cabinet reshuffle on Wednesday.