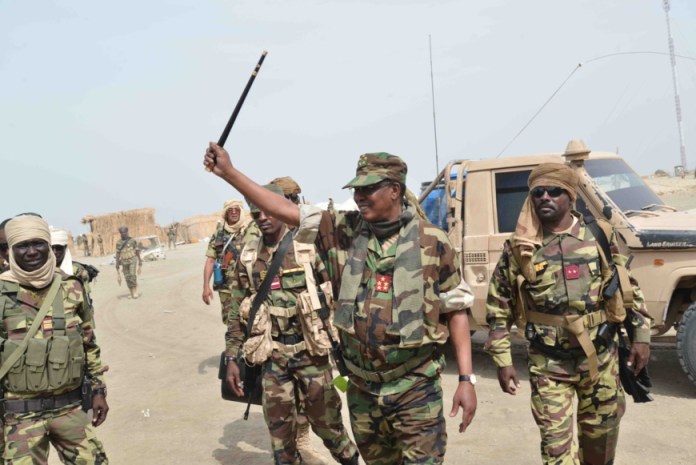 [Premium item offered] A few hours after the announcement of Idriss Deby’s disappearance at age 68, a Transitional Military Council (CMT) set up a transition phase in Chad. Coming to power by overthrowing Hissène Habré at the end of 1990, the outgoing president, officially re-elected on the day of his death for a sixth term with nearly 80% of the vote, was killed in the fighting between the national army and the rebels of the Front for alternation et la concorde du Tchad (FACT).

This movement founded in 2016 is led by Mahamat Mahadi Ali. Political refugee since 1989 in France, where he studied law and political science, the latter is a gorane, ethnic group of former President Habré. Opposing Idriss Déby Itno, he had been preparing for several years to overthrow power from Libya at the head of some 1,500 men.

The 18-month transition is led by Lieutenant General Mahamat Idriss Deby, one of the late head of state’s sons. According to a statement from the CMT, this new executive guarantees respect for international treaties and agreements as well as national integrity. The National Assembly and the government were dissolved. A 14-day mourning period was declared and the borders were closed until further notice.

While this transition should theoretically lead to new inclusive elections after the appointment of a transitional government, this scenario is firmly undermined by political and armed opposition, which challenges the legitimacy of the CMT and its monarchical character. The conditions of Idriss Deby Itno’s succession could thus convince the FACT to continue its offensive and to continue its descent on N’Djaména in the coming days after a strategic withdrawal in its area of ​​Kanem-Bornou, in the north of the country.

Alongside the FACT, the URD (Union for the Republic and Democracy), another rebel movement led by Timan Erdimi could simultaneously reactivate after being held in check by the French forces of Barkhane during a previous offensive, of the 3 to February 6, 2019. Same story on the side of the parliamentary opposition. Its main representatives such as the historic opponent Saleh Kebzabo of the National Union for Development and Renewal (UNDR) and Mahamat Ahmat Alhabo of the Party for Freedoms and Development (PLD) of the late Mahamat Ibni Oumar Saleh, have already sharply criticized the unconstitutional nature of the CMT.

Articles 81 and 82 of the Constitution of May 4, 2018 explain that the definitive vacancy of presidential power must be duly “noted by the Supreme Court seized by the government and ruling by an absolute majority of its members”. In addition, the transition must be ensured by the president of the National Assembly or, failing that, by his first vice-president. “In any case, new presidential elections are held within 45 days at least and 90 days at most after the opening of the vacancy,” the text added.

Tchad: A bomb threat on the Air France flight