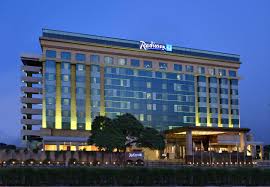 Douala will acquire its first five-star hotel of the American group Radisson blu in the first quarter of 2021. Thus, emphasizes, the project manager Radisson Blu hotel Douala, Rémi Delattre, this luxury hotel, will enhance the potential of tourism in this locality, which is an economic hub in Central Africa. The technical sheet of this jewel reveals that it will have a capacity of 180 standard rooms, as well as studios and apartments of one and two rooms.

Result of a public-private partnership (PPP) between the company Sky Towers Hospitality and the National Social Insurance Fund (CNPS), this project will cost 25 billion FCFA, or about 38 million euros. Once operational, this infrastructure will bring the group’s African portfolio to approximately 97 hotels and more than 18,780 rooms in operation and development in 31 African countries. It should also be noted that the structure has set a goal of reaching 130 hotels and more than 23,000 rooms by 2022.