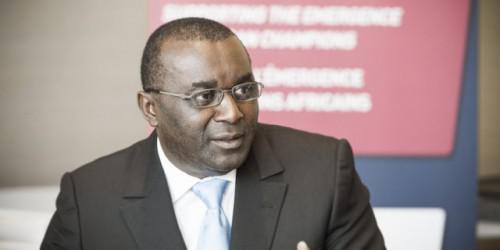 Equatorial Guinea is preparing to host the annual meetings of the African Development Bank from June 11 to 14 in Malabo.

After India and South Korea, which hosted the African Development Bank Group (ADB) General Assemblies for the past two years, the event is returning to the continent this year. In three months, in June 2019, Malabo, the capital of Equatorial Guinea, will be the epicenter of African finance, on the occasion of the ADB’s Annual Meetings. As a prelude to this event, Equatorial Guinea and the Continental Bank signed a Memorandum of Understanding that sets the framework for cooperation. It is for the authorities of this country, to make all the necessary arrangements so that this great mass of the African finance is a success on all the planes.

Speaking on this occasion, on behalf of the Equatorial Guinean authorities, Bernardo AbagaNdong, general coordinator of the national technical committee in charge of the organization of said assizes, reassured that “the government and the population of Equatorial Guinea are ready and in a hurry to host the flagship event of the African Development Bank in 2019 “. In any case, he continued, “we are determined to make these Annual Meetings in our country, a resounding success, which will strengthen our national prestige, because an event with more than 3,000 participants is not a small thing to organize.

On the sidelines of the annual regional consultations that took place from 25 February to 1 March in Abidjan, Côte d’Ivoire, an aide-mémoire for a good reception of the event was signed with the governors of the African shareholder countries in the presence of the Minister of Finance of Equatorial Guinea, Lucas Abaga Nchama. Equatorial Guinea is committed to ensuring the success of the ADB Annual Meetings whose theme this year is “Regional Integration”. This is one of the main strategic priorities of the continental institution known as “High 5”: to enlighten Africa; feed Africa; industrialize Africa; integrate Africa and improve the quality of life of people in Africa.

The continent of Africa, which has 1.2 billion people, generates a gross domestic product (GDP) of 3.4 trillion dollars. Only, the World Bank (WB) places at more than 600 million, the number of Africans living under the poverty line regardless of the potential of the continent including a particularly rich soil and subsoil that should make the continent African the granary of the world. In addition to the infrastructure problems that must be solved, regional integration must be strengthened to promote a better flow of people and goods, especially as inter-African trade is low.