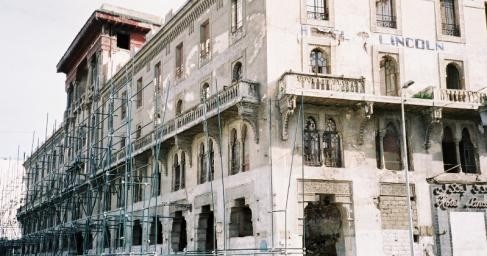 Closed and abandoned since 1989, the legendary Lincoln Hotel will soon come to life again under the colors of the French group Réalités which has just won the call for expressions of interest for the acquisition, redevelopment, renovation and operation of the establishment based in Casablanca (Morocco).

With a surface area (SDP) of 9,500 m ², the programming planned by the group which has just opened a subsidiary in Morocco will include 2 000 m ² of shops and offices, 124 rooms of 4 to 5 stars, as well as a restaurant, a swimming pool and a rooftop, says Réalités.

This is the third call for expressions of interest concocted for the work of the hotel classified as national heritage.