Gabon: In the absence of Ali Bongo, the TGV of Jean Ping threatens to start 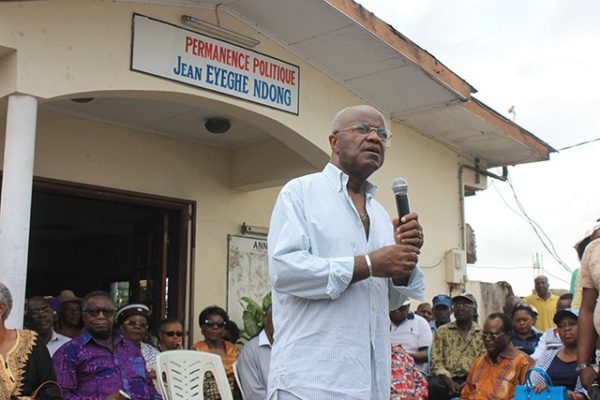 While President Ali Bongo, recovering in Riyadh, is announced sometimes in Paris, sometimes in Rabat, a new movement, called TGV (High Speed ​​Train), is launched in Libreville with the destination of the presidential palace. His goal, wearing Jean Ping at the head of Gabon. Initiator of the movement, the Coalition for the New Republic (CNR) announces next week several events in Libreville and inside the country.

CNR President Jean Eyeghe, a former Prime Minister, called on Gabonese people at a rally on Monday (November 26th) to demand respect for the constitution he violated, and demand that Jean Ping be installed in his place. must. ” Note a weak mobilization of Gabonese, Friday and Saturday, in Libreville. The opposition, still stung by the recent double defeat in legislative and local, would it have lost its ability to mobilize?

Since the hospitalization of President Bongo almost a month ago in Saudi Arabia, the Gabonese presidency has officially communicated twice. First on October 28 to announce that the president had been admitted to the hospital of King Fayçal in Ryad following a discomfort due to “severe fatigue”, following a “very strong activity in recent months.” Then on November 11 to say that President Bongo was “recovering from the fullness of his physical faculties”, implicitly recognizing the seriousness of his state of health.

In mid-November, the Constitutional Court of Gabon amended the Constitution to compensate for the absence of President Ali Bongo Ondimba, a decision vehemently denounced by the opposition and civil society who speak of “coup de force”